Siege Of Power releases third single, “Violence In The Air” 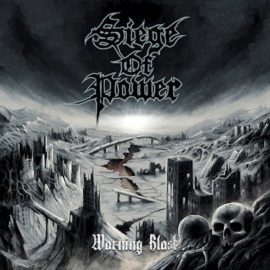 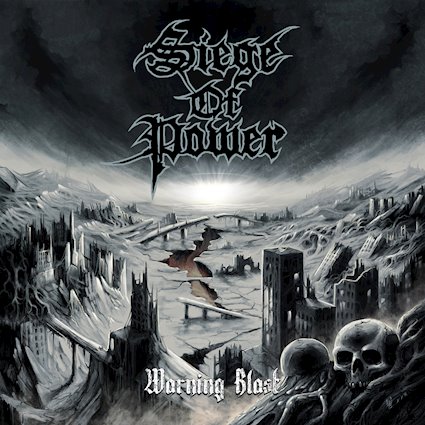 After two first tracks proposed on PARIS-MOVE, “Mushroom Cloud Altar” and “The Cold Room”, Siege Of Power offers you now a third single, “Violence In The Air”.

To order and get these 3 titles in the available digital version, click HERE

For a preview of Warning Blast, the third single, “Violence In The Air”, can be heard now on line HERE

The band comments: “‘Violence in the Air’ is the 3rd single of our album ‘Warning Blast’. A short midtempo track, which is a bit more beatdown crossover – which displays a good view on what Siege Of Power is all about.”

The Warning Blast album can be pre-ordered HERE in the following formats:

Warning Blast track-listing:
1. Conquest for What?
2. For the Pain
3. Bulldozing Skulls
4. Born into Hate
5. Torture Lab
6. Uglification
7. Trapped and Blinded
8. Diatribe
9. Warning Blast
10. Mushroom Cloud Altar
11. Lost and Insane
12. Bleeding for the Cause
13. Escalation ’til Extermination
14. Privileged Prick
15. Short Fuse
16. Violence in the Air
17. It Will Never Happen
18. The Cold Room

The Digital version of the album can also be pre-ordered HERE on the Bandcamp of Siege Of Power!

No bullshit compromises of any kind whatsoever. That’s what Siege Of Power is all about!
Siege Of Power started in 2013 as a project without any expectations. Shortly after releasing a split album it was left for dead, buried and almost forgotten until the rotten corpse was exhumed in 2017. This resulted in a no-nonsense extreme metal album mixed with several doomdozers. Influences vary from Carnivore and SOD to Discharge and Amebix, done in their own style.