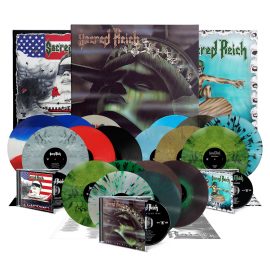 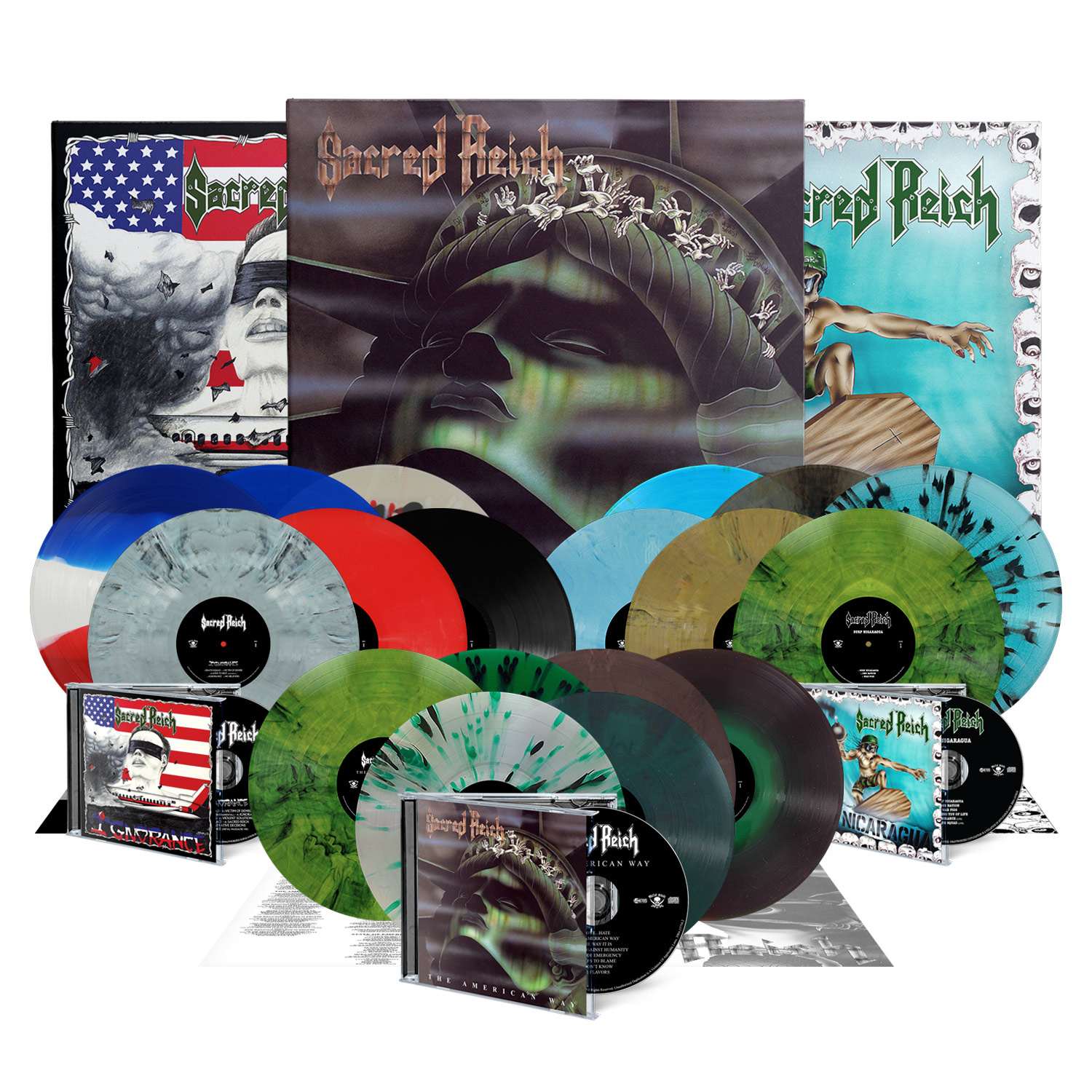 See below for an overview of available formats:

In 2019, Sacred Reich released their first record in twenty-three years: Awakening. Showcasing everything a fan would expect and hope for from the Phoenix, Arizona unit, Awakening is a timeless collection comprised of blistering thrash, crushing grooves, meticulous solos, and socially conscious lyrics. The return of Dave McClain, who manned the drum throne from 1991 to 1997, and the addition of twenty-two-year old guitarist Joey Radziwill, alongside original members guitarist Wiley Arnett and vocalist/bassist Phil Rind, are integral facets of the record. Awakening was produced by Arthur Rizk (Power Trip, Cavalera Conspiracy), engineered by John Aquilino, and mastered by Maor Appelbaum (Faith No More, Halford, Armored Saint). To preview and purchase Awakening, please visit: metalblade.com/sacredreich

“prove they’re just as heavy and furious as ever…a gritty, sludgy take that pushes the confines of thrash itself for a highly unique and fist-pounding experience.” – Revolver

“while some contemporary maniacs might roll their eyes at the concept of Buddhist thrash, one listen to ‘Awakening’s burly, old-school sound will have them along for the ride” – Kerrang!

“If there ever was a band that needed to return, it’s them. As an album, ‘Awakening’ lives up to its title in every conceivable way. In both content and form. There will always darkness before the dawn, and Sacred Reich provides the soundtrack to a hopeful future.” – Metal Injection