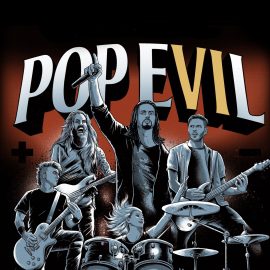 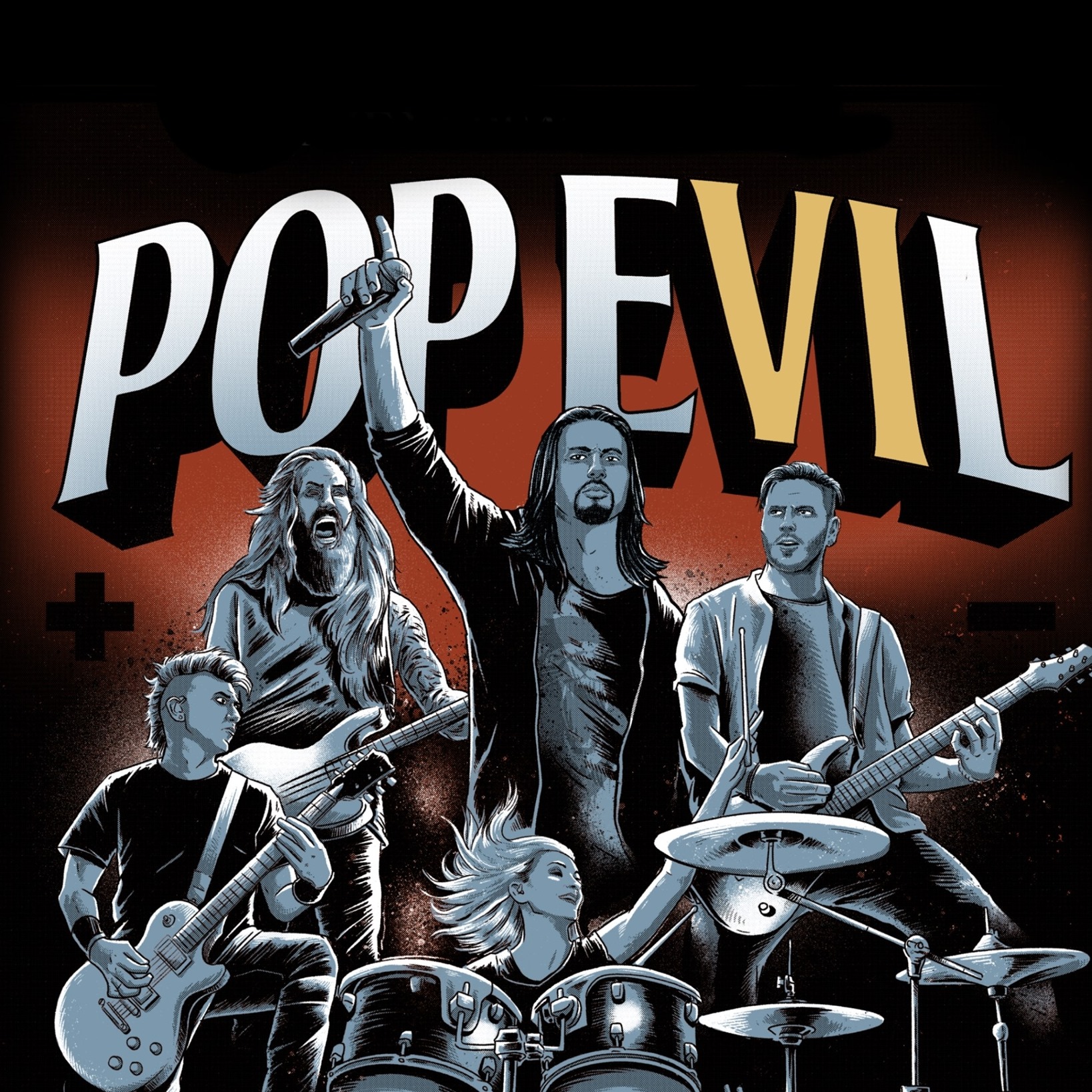 The official on line Store is proposed HERE

It’s getting darker, numbing the pain inside
Feels like forever, all the times I tried
To be myself, break the chains
No one ever sees
I found the strength in me

I can finally Breathe Again

POP EVIL has been a staple at major festivals and in theaters and clubs for over a decade, despite the group’s relative youth. As they’ve ruled the roost with No. 1 Billboard Rock singles like “Trenches,” “Deal with the Devil,” “Torn to Pieces,” “Footsteps,” and “Waking Lions,” they’ve taken their inspired message to the people, on tours with modern rock titans and veteran acts alike. The band bunkered down in Los Angeles in the winter of 2019 to put the finishing touches on the yet to be titled new album due out in 2021 via Entertainment One (eOne). The band also enlisted new creative teams of producers and collaborators to emphasize the band’s sound’s uniquely varied aspects.

As “Breathe Again,” “Let The Chaos Reign,” and “Work” might suggest, the contrast and fearless genre-defying cross-cultural pollination have never been more pronounced than on album number six. The preproduction process yielded close to 30 songs, whittled down to the most potent 12 representing everything about POP EVIL. This new effort will be the highly anticipated follow up to their self-titled album that came out two years ago to high critical praise, with outlets like Loudwire saying, “their self-titled effort continues that delivers a solid top-to-bottom listen.” Collectively, the band’s previous five albums account for over 600 million worldwide streams.