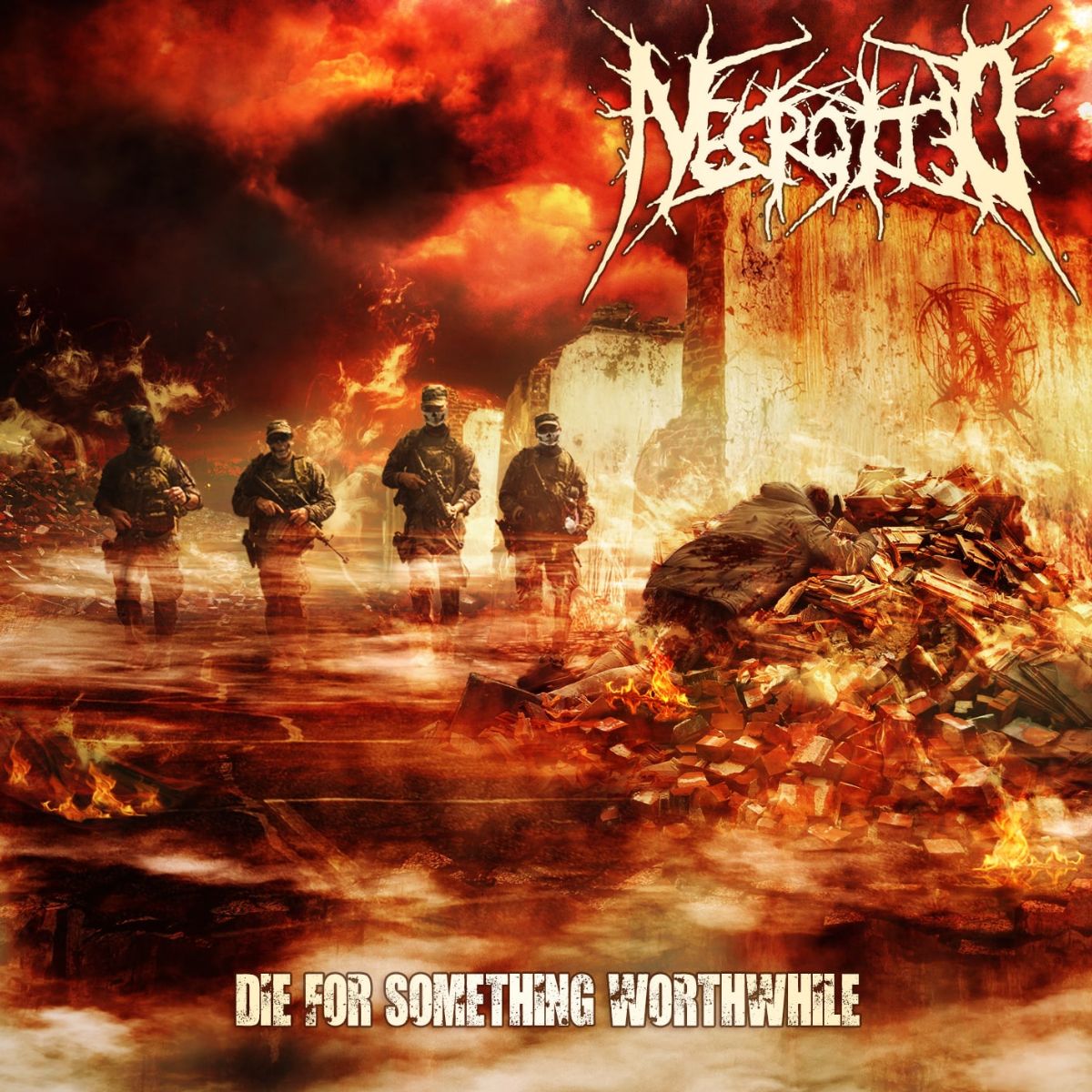 Trends come and go, but slam will always have its place among death metal fiends who revel in its absurdity, love its primary focus on obscene heaviness, and it’s endlessly over-the-top nature in general. Even so, 2019 has truly been a standout year for quality brutal death metal and slam thus far and Necrotted is eager to unveil their latest effort in this vein. The Abtsgmünd, Baden-Württemberg, Germany-based sextet has been honing their craft live and in the studio since 2008, releasing an initial EP in 2010 followed by three full-lengths, the most recent of which, Worldwide Warfare, was released by Rising Nemesis Records in 2017.

Now in 2019, the group is back and better than ever with the upcoming October 11th release of Die for Something Worthwhile, a dual-vocal laced volley of bowel-churning devastation driven by merciless blast beats, heavy breakdowns, and crushing slam-riddled brutality spread across 4 high-octane tracks.

Shortly after the release of Die for Something Worthwhile, Necrotted will embark upon the Prayer For Annihilation Tour in Europe alongside Cytotoxin (Unique Leader), I Declare War, and Acranius (Rising Nemesis Records). Tour runs from October 24th – November 2nd. Tour Flyer and Dates can be viewed HERE

Today the band partnered with Slam Worldwide to premiere the albums second single, “Six Feet Deep, No Party Too Steep”. The song and EP as a whole will strongly appeal to fans of groups such as Despised Icon, Dying Fetus, and Ingested.

You can check out Necrotted – “Six Feet Deep, No Party Too Steep” HERE

*Pre-orders will go live very soon.
Please link to the label’s website or Bandcamp listed below if covered prior to pre-orders becoming active.