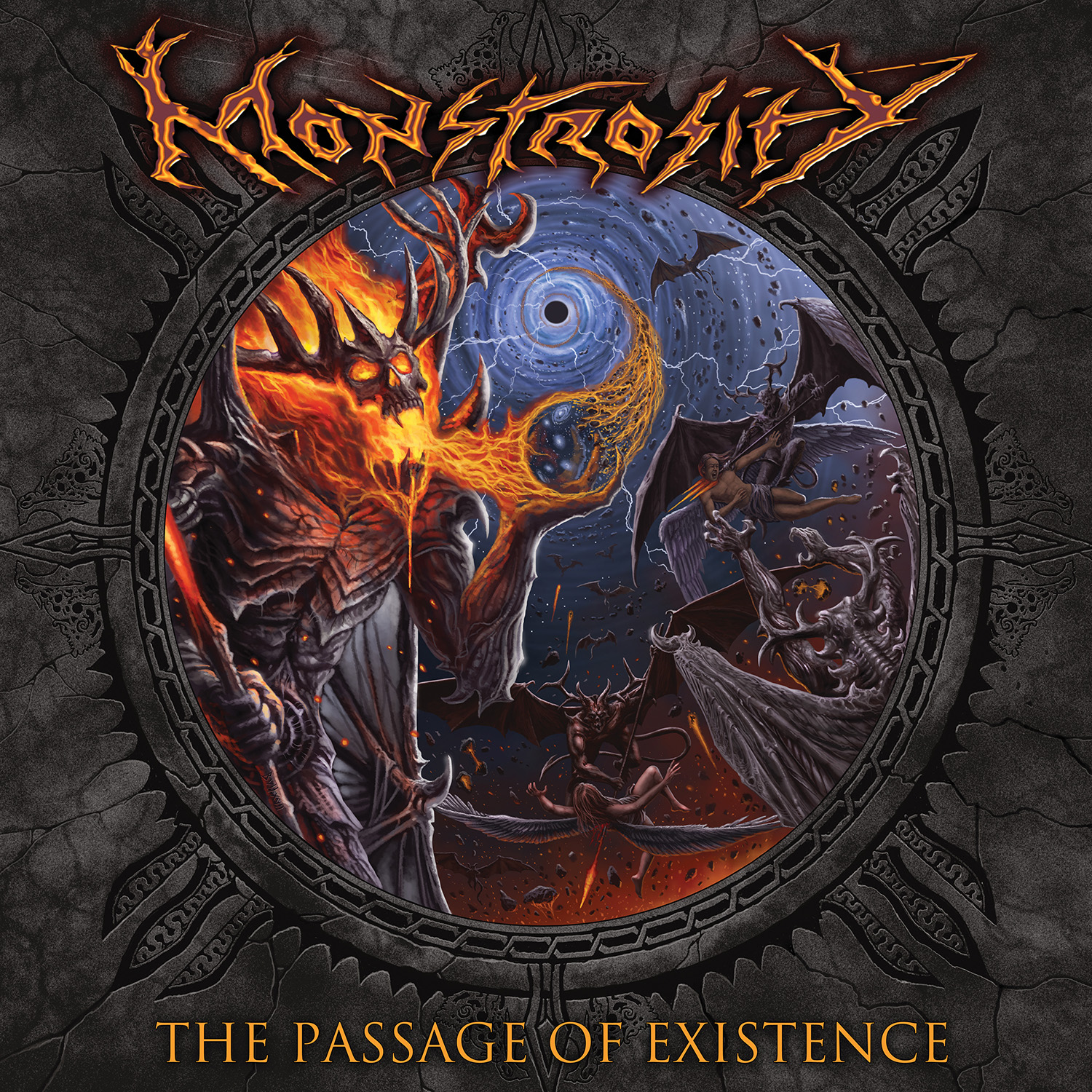 For a preview of The Passage Of Existence, please visit HERE to stream the third single “Radiated”!

For another preview of The Passage Of Existence, head over HERE where you can stream the first two singles, “Cosmic Pandemia” and “Kingdom Of Fire”.

To pre-order your record in the following formats, please click HERE

Monstrosity’s Lee Harrison (drums) comments about the new single: “Unleashing the third single from ‘The Passage of Existence’, this time it is ‘Radiated’. A unbridled punishing song that is one for the ages. ‘Radiated’ delivers like a dense brick to the face, combining all of the ferociousness that Monstrosity fans have come to expect. We would like to thank the fans for their undying support and we look forward to your comments and reactions to the tune. Crank it up!”

Lee Harrison recorded his drum tracks at Audiohammer Studios in Sanford, Florida with veteran metal producer Jason Suecof. A week was spent creating rock solid drum tracks.
Guitar and bass tracks were handled at Ascension Sound in Tampa with the vocal tracks being recorded at Obituary’s “Redneck Studios” in Gibsonton, Florida.
The mix was handled by producer Mark Lewis (Megadeth, etc), and the resulting 2018 album, The Passage Of Existence, was born: 12 tracks of masterfully crafted death metal for the modern era from the standard bearers of extreme art.

Monstrosity still stand taller than ever, still delivering their brand of state of the art sonic devastation!