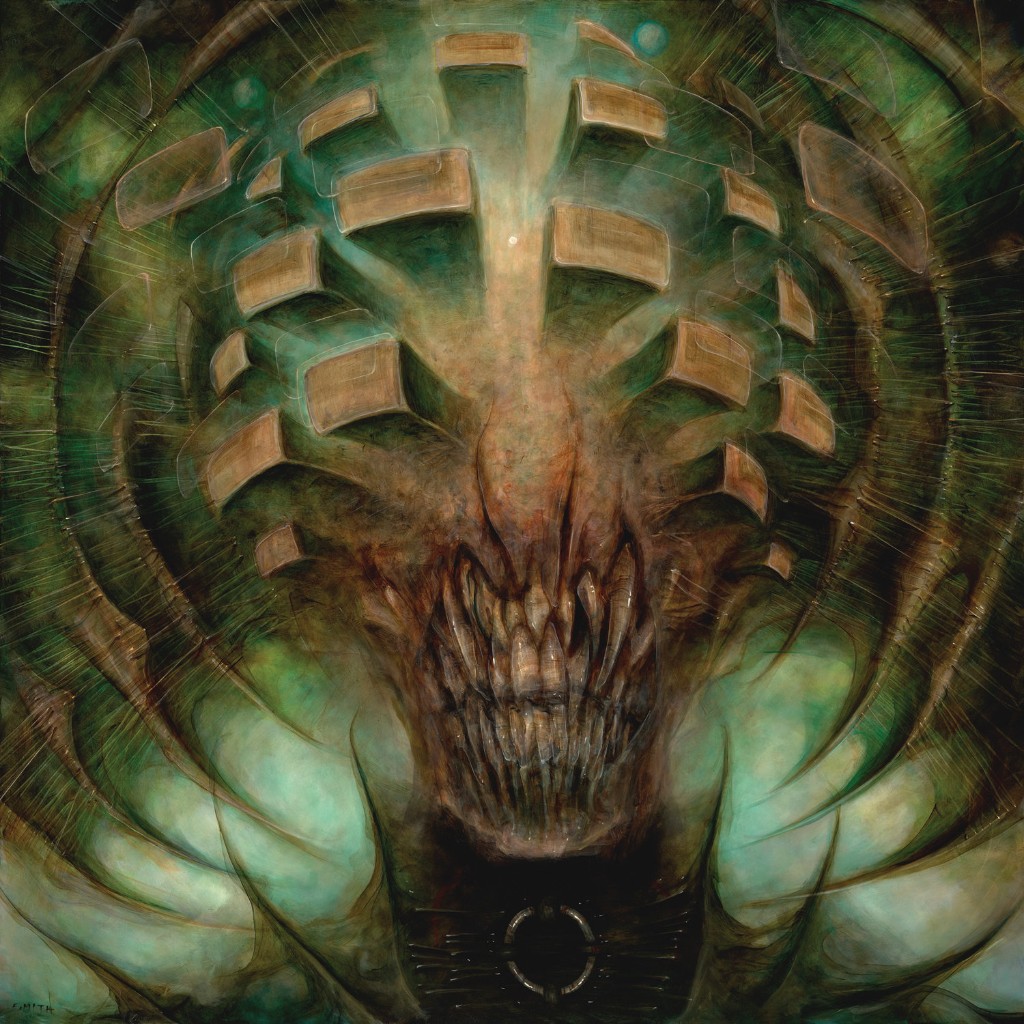 HORRENDOUS release brand new track and album details of ‘Idol’.
HORRENDOUS are now premiering the first track of their forthcoming new album ‘Idol’, which is slated for release on September 28th, 2018. The brutal new track “Soothsayer” is now streaming HERE

HORRENDOUS comment: “Before starting the writing process for Soothsayer, we had been listening to a lot of King Crimson and I remember wanting to try writing something in the grandiose and rhythmic, multilayered style of their mid to late 70s output. I wanted to capture that same sprawling, menacing atmosphere they so frequently achieve. Some experimentation with this idea led to the opening riffs/section of the song. The rhythmic foundation of the intro is slightly off kilter, giving it a bit of an unsettling/jarring sound, and the multiple layers built on top of it add additional rhythmic and melodic ideas which provide some nice counterpoint to the main riff and help flesh out this section of the song. From there, the song constantly evolves, with spiraling, jagged riffing that shifts from angular tremolo passages into a melodic crescendo, only to return to the initial theme of the song and end. Soothsayer’s lyrics mirror this chaos, describing the intangible yet all too present and influential effects of ideology-how it can become both a sword and shield used to protect antiquated thinking, and how it can in some cases seemingly possess one’s thoughts and actions, leading to violence as a balm to ameliorate one’s fear of social, political, or cultural erasure. In Soothsayer, ideology is at once a spirit, a great influencer, a God, a harbinger of destruction, and an epidemic of sorts, the roots of which are lying dormant in all of us. It’s a song about avoiding the teachings, biases, false information and other destructive thinking with which we have been inculcated.”

“We are very pleased to announce that the mixing and mastering of our new album is now complete. The record was recorded, mixed, and mastered by our very own Damian Herring at his Subterranean Watchtower Studios. We will reveal more details when the time is right…”

The brand new HORRENDOUS album ‘Idol’ represents a deity, to which worship is addressed with admiration, adoration and devotion. But most of all, it represents a new beginning for the death metal inspired members.

When HORRENDOUS formed in 2009, the band’s three founding members attended the same university and were obsessed with old school death metal. Driven by a desire to capture and rekindle the mystique of an already bygone era in the history of metal, the Americans fused elements from both sides of the Atlantic into a cohesive sonic landscape, which resulted in the ‘Sweet Blasphemies’ demo.

The demo kindled a fire of early interest and the blaze swept fast beyond their home in South Carolina with HORRENDOUS being picked up by their first label, which led to the release of the band’s debut full-length ‘The Chills’ (2012).

With growing confidence and progressing as musicians, HORRENDOUS began to expand upon the traditional death metal formula, conjuring a bolder, more sophisticated sound from disparate elements beyond the limitations of any genre. This lead to the albums ‘Ecdysis’ in (2014) and, after relocating to Philadelphia, Pennsylvania, ‘Anareta’ (2015). The latter scored an impressive 24/50 in the Terrorizer Magazine (UK) “Album of the Year” list – as well as making it into the top-lists of US magazines such as Stereogum, Spin, Decibel, and many more. Each successive record marked a new step in the evolution of the band and carried them further on their adventurous journey of musical awakening.

HORRENDOUS are now ready to conquer the metal scene even further with their brand new release ‘Idol’.