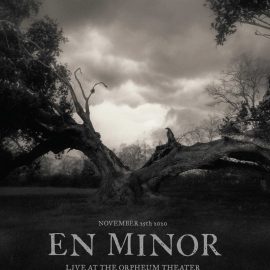 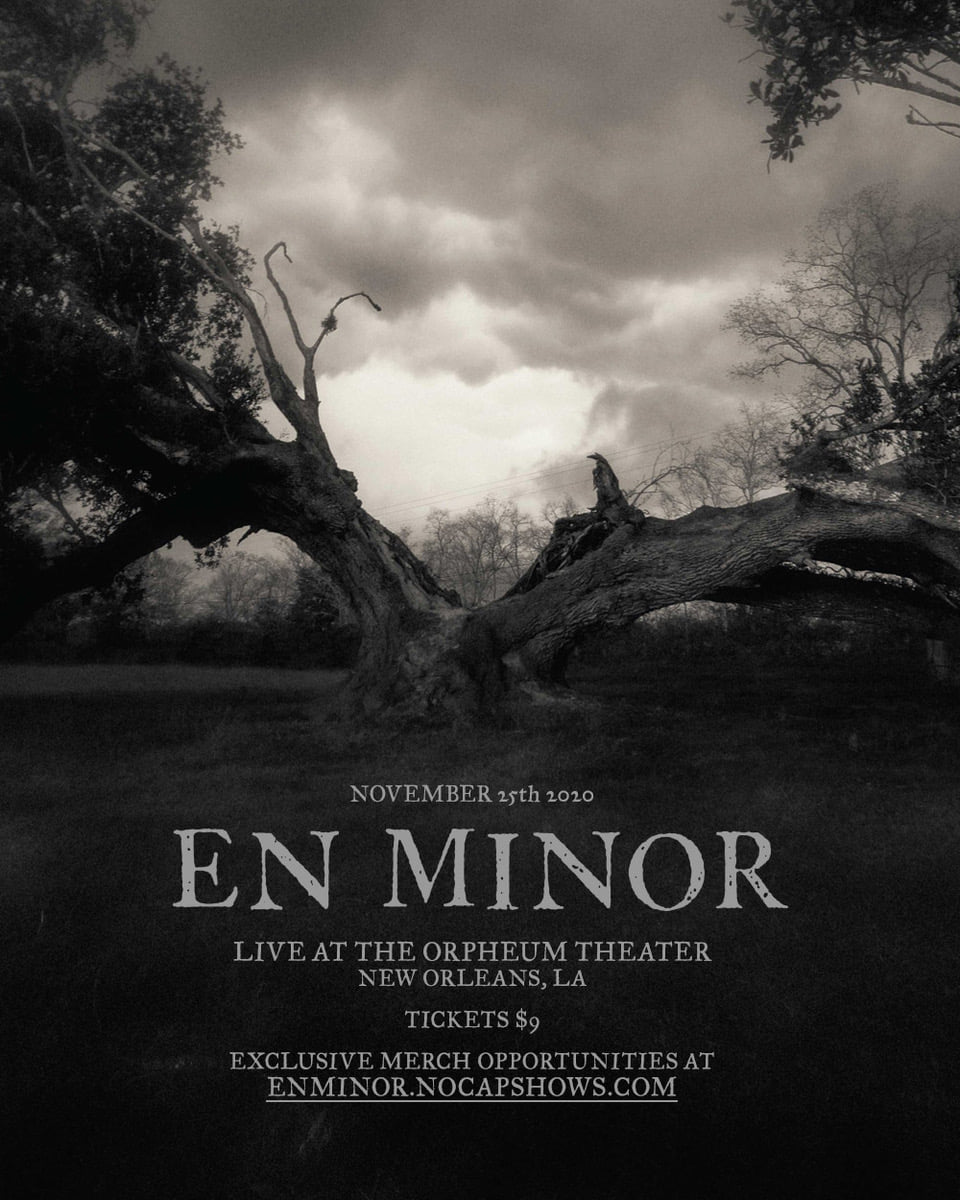 PARIS-MOVE, November 11th 2020 – EN MINOR announce exclusive online event! The new ‘Depression Core’ project of Philip Anselmo EN MINOR are now announcing an exclusive streaming event live from the Orpheum Theater. The band will be playing in the night of 25 to 26 November at 01:00 CET.

The stream is available for four more days afterwards! Tickets can now be purchased HERE

EN MINOR will be playing in support of their revently released album ‘When The Cold Truth Has Worn Its Miserable Welcome Out’. The artwork, which was created by Jimmy Hubbard, can be viewed together with the album info below.

En Minor has been culminating since Philip H Anselmo was a child in the French Quarter. The bases of some songs that have now become the EN MINOR project were written at significant stages in Philip’s life, starting at 9 years old when given his first guitar and no patience to learn other people’s music, started writing his own. Other material from Anselmo’s band of underground lore, Body & Blood, has evolved into EN MINOR songs. Although Philip is most well known for Extreme Metal and Rock, here we get to hear a softer side of his vocal chords, but lyrically is heavy as anything. Joining forces again with Schteve Taylor, tapping into his side that thrived when he was in Woven Hand and 16 Horsepower; Kevin Bond (Superjoint Ritual) carrying on his old Body & Blood vibe, and an extrememly talented group of seasoned musicians, Anselmo’s EN MINOR is a blatant change of pace, and we embrace all of the melancholy oddness without compromise.

“EN MINOR is a project that’s been a long-time in the making. The initial strains (in the most primitive sense) came about when I was given my first guitar at nine-years old. I didn’t have the patience to learn other people’s music, so I wrote my own. And some of those early parts are still prevalent in certain songs in modernity.

Fast-forward to 1988, when I bought my first 4-track recorder; those old songs took on a new life and newer songs were written. Heavy Metal was at the forefront of my performance-based output, but these little 4-track songs were there. For some reason, I always had an apprehension about allowing these songs to be heard because they were so different, therefore only a small circle of close friends got to hear them.

Fast-forward again to 1993. I’d moved back to my hometown of New Orleans, in my old neighborhood. My place was a magnet for local musicians and artists, and at ungodly hours, these old 4-track songs took on an even newer life jamming with these cats. We learned a few of the songs and wrote several more, and soon we were recording under the moniker “Body & Blood”. We wrote several more songs, all recorded on a (newer model) 4-track. It was fun. We did it for the vibe. And it was pleasing to break away from multi-tracking studios and Heavy Metal. Metal music consumed most of our time and lives, so having those “B&B” sessions was damned-near therapeutic.

There was never a clear plan for the band, as far as playing true gigs or putting out material. We never did. We kept things simple and just jammed when everyone was home, and played our recordings for friends. And then I eventually moved, hurricane Katrina hit, and life sent all of us in different directions.

Fast-forward (for the last time) to 2012. It was around this time I met Steve “Schteve” Taylor. He and I began experimenting with some vibey stuff, and soon after began recording the sessions. This led to the incarnation of the current EN MINOR roster. Together, we re-worked a few of the old 4-track songs and wrote several new ones in short order. These sessions are hypnotic and pulling. And we continue to write songs suitable for this project to this day (2019).”

Ugly and beautiful, EN MINOR is a blatant change of pace, and we embrace all of the melancholy oddness without compromise. This is not “party” music. This is “kill the party” music.
Genre: Depressive Rock