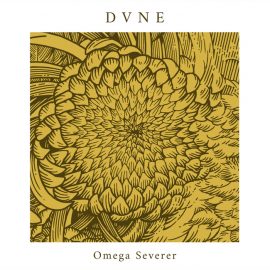 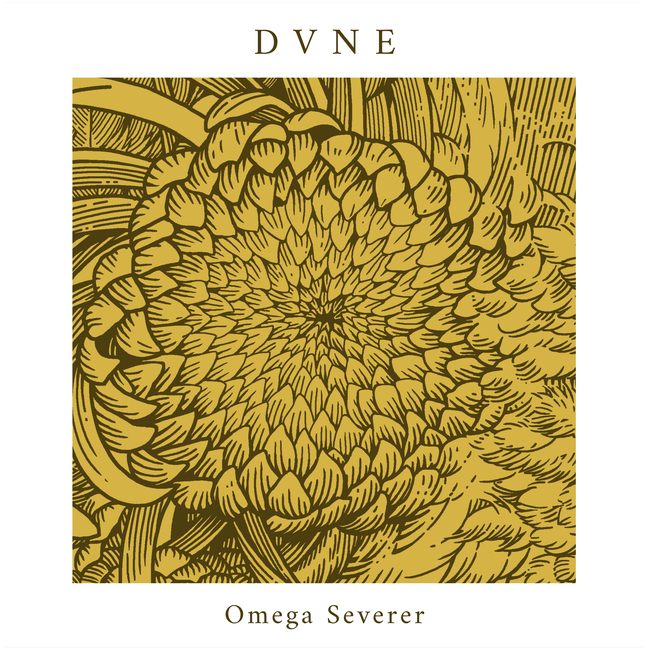 PARIS-MOVE, November 11th 2020 – Dvne released a new 2-track, digital-only EP, entitled Omega Severer, via Metal Blade Records. The band also has launched a DIY quarantine session video for the title track, which can be viewed HERE where the B-side, “Of Blade and Carapace”, is also streaming.

Dvne comments: “Due to the chaos that Covid19 has provided the whole music industry in 2020, our new full-length album will be released in spring 2021 alongside a string of tour dates. However, as we know our fans have been waiting patiently for new material, we’ve decided in the meantime to release this EP that links old and new together, and these two tracks do exactly that.
‘Omega Severer’ is the first glimpse of our upcoming album and its universe. It is a track that captures a lot of new elements for us, especially with the introduction of synth as a more prominent feature in the band.
‘Of Blade and Carapace’ is a recent re-recording of a track from our 2015 ‘Aurora Majesty’ EP. This track has always been special to us, so this EP is the perfect opportunity to share this fresh take of the song with you all.
We’d like to also take this opportunity to thank our new label Metal Blade Records for their constant support throughout what has been a difficult year for the whole music industry.
We can’t wait to share everything we have planned with you next year, and we’ll see you out on the road in 2021.”

Founded in 2013, Dvne (pronounced Dune) is a 5-piece progressive rock/metal band from Edinburgh, Scotland. With highly dynamic compositions venturing from delicate and intricate melodies to crushing and brutal soundscapes, Dvne’s music takes its listeners through a deeply emotional journey filled with dystopian thematics, grand narrative, and other-worldly landscapes. They emerged within the UK scene with their first EP Progenitor (2013 – Wasted State Records), shortly followed by a second EP, Aurora Majesty (2014 – Sea of Corruption Records). At their releases, both EPs received very favorable receptions, with reviewers calling their releases “Progressive metal at its best” (This Is Not A Scene – US) and “Stunning and majestic” (Nine Hertz – UK).

Dvne quickly began to make a name for themselves in the UK and around Europe, with various shows throughout these territories alongside the likes of Eyehategod, Crowbar, Dragged Into Sunlight, among others. The band’s sound at the time was already crossing over different music styles, including post-metal, progressive rock and sludge metal, but it is with their first full-length album, Asheran (Wasted State Records), that the band further established their unique blend of heavy music. Released in August 2017, Asheran was overwhelmingly praised by the press and was listed on many “best album of the year” lists.

Since Asheran’s release, Dvne has toured all over the UK, Europe and North America, appearing at prestigious festivals such as Psycho Las Vegas, Desertfest London and Inferno Festival Norway. Not content to repeat their previous releases and always looking to push their sound forward, Dvne’s upcoming sophomore album promises to be another stunning chapter in the band’s history.