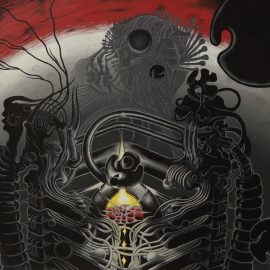 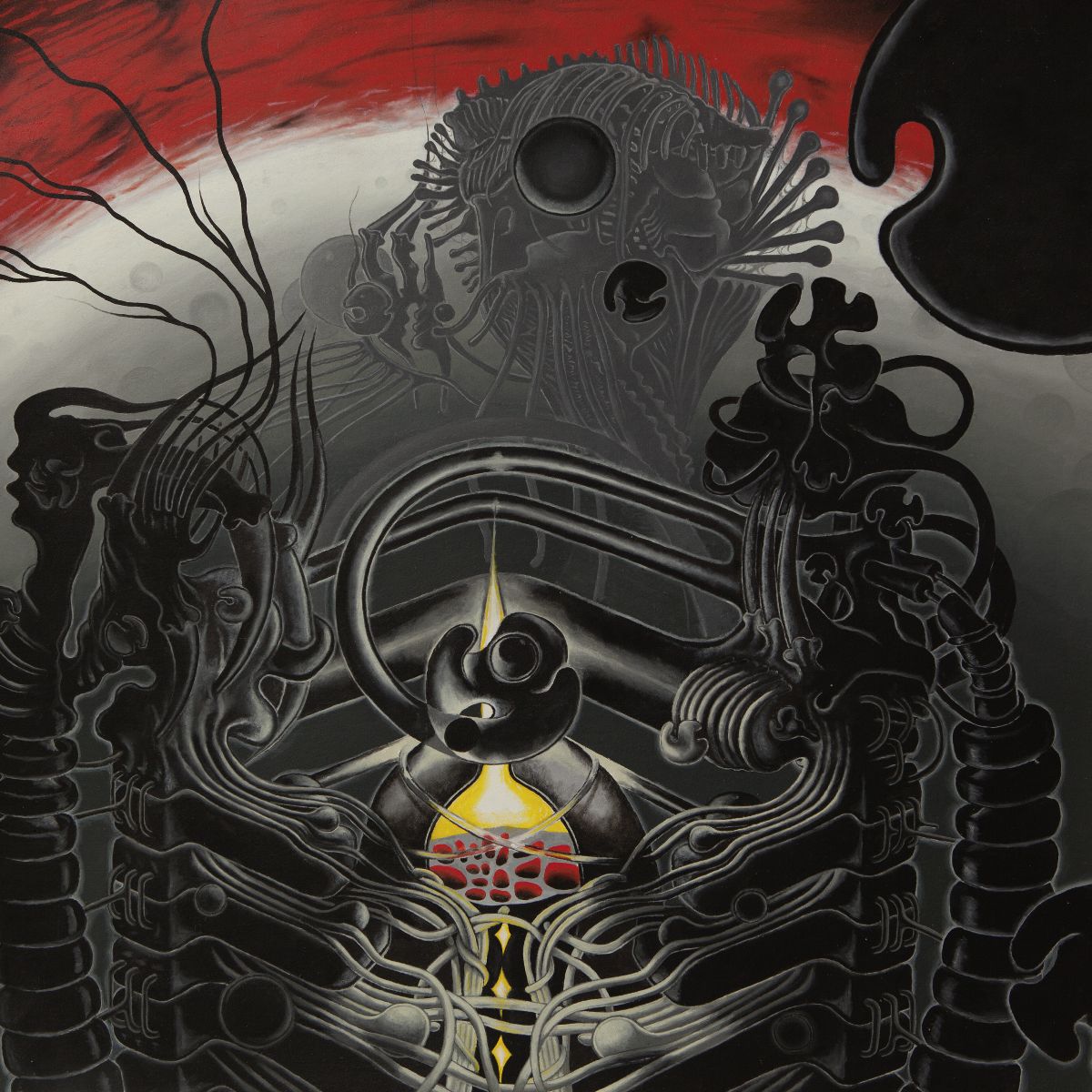 PARIS-MOVE, October 12th 2021 – The tech death-metal shootings stars of DEVIANT PROCESS are now streaming their brand new full-length ‘Nurture’ in advance of the release date!
The album is scheduled for worldwide release on October 15, 2021 but can now be listened to in full via Metal Injection, as part of their Tech Death Tuesday series!
Listen to ‘Nurture’ HERE

DEVIANT PROCESS comment on the stream: “We’re really happy to see this record hit the internet after having worked on it for over 5 years now. We hope people feel the journey we’ve been through and appreciate all the emotions we spilled into this album. We’re eternally grateful for the trust Season Of Mist has put in us and for Metal Injection for having promoted our music since the release of ‘Paroxysm.'”

Presentation of the Band on the Season of Mist website HERE

Too often in metal, limits and boundaries are pushed at the expense of taste. Bands and fans alike can be found showering bursts of attention onto the latest hotshots redlining along at the fastest BPMs, at whose got the most unintelligibly guttural vocals, at who can generate the most indistinguishably chaotic guitar tone and/or how picture-perfect and sanitized rhythm sections can deliver their click-tracked wares. More often than not, all this comes at the expense of clarity, soul, groove and, most importantly, good songs. For Québec City’s Deviant Process, this sort of thing has been happening too much and for too long. And while the progressive tech-death quartet are tuned in to their surroundings, the band have made a conscious decision to drop out, but not before turning on those obsessed with the likes of classic Death, Cynic and Pestilence as well as contemporaries Obscura, Beyond Creation and Fractal Universe with Nurture, their second full-length and first for Season of Mist.

Deviant Process’ history goes back to 2008 with Villeneuve kicking out the one-man symphonic black metal jams under the guise of Psychic Pain. A self-produced demo caught the attention of fellow axe-swinger and musical soul mate, Simard, who together with bassist Pierre-Luc Beaulieu and drummer Olivier Genest, completed the band’s original line-up. In 2011, the foursome recorded two-track debut EP Narcissistic Rage after a common bond led to a shift in musical direction.

Following the release of Narcissistic Rage, Deviant Process honed their chops on local stages, opening for the likes of Cryptopsy and Revocation, and in rehearsal rooms, delving deeper into the ways and means of expanding technical death metal beyond jaw-dropping tempos and flashy fretboard finger gymnastics. Replacing Genest with drummer Antoine Baril (who produced and engineered Narcissistic Rage) introduced broader rhythmic elements to the new material, everything from rock-solid four-on-the-floor heavy metal pounding to side-winding jazz and hi-brow classical percussion. In the summer of 2013, the band entered Baril’s Hemisphere Studio with the help of Chris Donaldson (Cryptopsy, Beneath the Massacre, Ingested, Ophidian I) to capture what would become debut album, Paroxysm. To say their first full-length endeavor was a challenge is an understatement. During what ended up being a three-year operation, François Fortin took over both production and drumming duties, production work shifted studio locations from Hemisphere to La Boîte Noire, and the insanely busy Baril (who also plays in Augury, From Dying Suns and Contemplator and owns the studio in which Paroxysm was recorded) made the decision to leave the band during the mixing process. By the production had been completed, bassist/lyricist Philippe Cimon replaced Beaulieu.

Deviant Process may have been bruised and battered by the end of the process, but they emerged stronger, more intent and focused, with a new lease on life, a solid line-up (drummer Francois C. Fortin replaced Michel Bélanger, who had stepped up after Baril left) and Paroxysm which was initially released by recently shuttered Canadian label, PRC Music. Paroxysm was supported by slots opening for the likes of Archspire, First Fragment, Beyond Creation and Gorod. But it was a mini-tour in the band’s home province opening for Gorguts and Dysrhythmia in 2017 that brought them to the attention of Season of Mist. The band and label felt each other out, went into negotiations and finalized a deal in 2018.

This brings us to the present and forthcoming second album, Nurture. Its seven songs (and one cover, of Obliveon’s “Cybervoid”) are an expansive marvel of not just technical death metal maturity, but the seamless inclusion of foreign elements like the tribal fusion middle-eight in “In Worship, In Blood,” the almost free-jazz chaos that introduces and drives “Emergence,” the Latin-folk-meets-British-prog acoustic flourishes in “Syrtis Magna” and tinges of ‘90s Rush weaved into the complex firestorm of “Asynchronous.” It’s a record that the guitar-slinging duo said they officially started working on in the autumn of 2017, so as to take advantage of the opportunity afforded to them by their new label, but one in which the material harkens back to 2008 as the band has been unafraid to dip into its extensive riff bank for the meticulously perfect idea that’ll connect this and that, old with new, brutal and delicate, and balls out with brains out.

Nurture bobs and weaves like the sonic manifestation of a worryingly tall and fantastically ripped mathematics/quantum physics double-major who spends nights crunching noses and ear cartilage after spending days crunching numbers and calculating the size of the universe. Tidal layers of barbarous guitars engage in a baroque convergence/divergence dance and are bounced off prominent, fusion-inspired bass playing. The drumming stops and spins on a dime from ambient sparseness to clogging every artery of space while Villeneuve unleashes an insanely unholy barrage of black metal screams, death metal growls and full-throated, muscular bellowing, everything being put on display throughout dizzying album centrepiece “The Blessings of Annihilation Infinite.”

Thematically, Nurture uses veiled lyrical references and far-reaching metaphors in the exploration of human experience commonalities. What’s being referenced may not be blatantly or entirely revealed, but spend enough time parsing and decoding Philippe Cimon’s lyrics and it’s clear that even if the dude is living in a perpetual game of 3-D chess, he empathizes with what we’re all dealing with and understands where we’re all coming from and where we’re all going.

With Season of Mist having their backs, Deviant Process has quickly been thrust into an unfamiliar world of having to select and settle on variant vinyl colours, conjure up multiple t-shirt designs, tend to contractual and legal matters, PR responsibilities, out-of-province and international communication and all that fun behind-the-scenes business stuff. The band is still adjusting to industry demands and encountering stressful situations they hadn’t thought of, assumed they’d ever have to consider or even know existed. Ironically, what’s brought them to this point is their own boundless and borderless take on extreme metal. They may be “a small band that wants to be not small,” and Nurture has helped them get their collective foot in the door to a world populated by the stable of bands they blasted while growing up and still blast today when time away from rewriting the rules of technical death metal permit.