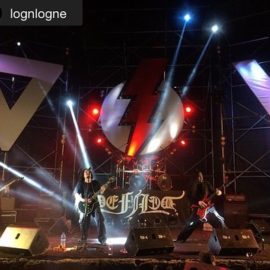 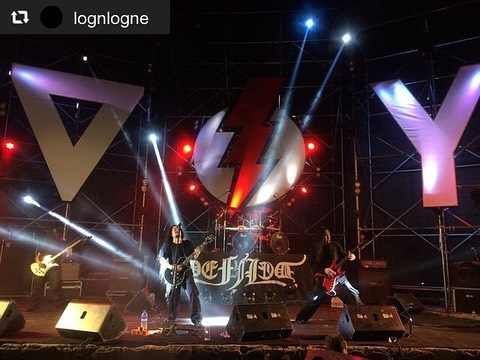 PARIS-MOVE, November 20th 2019 – Death metal maniacs DEFILED are now announcing new European tour dates in support of VADER. The death metal rampage will kick off at the Bastard venue in Osnabrück (DE) on March 07th and continues throughout 8 more countries before a final curtain at the Colloseum in Košice (SK) on March 22nd. A full list of confirmed shows can be viewed below.

DEFILED told PARIS-MOVE on the tour: “We’re thrilled to announce our next European tour with the mighty Vader! We actually opened for Vader back in 1998, on their first show ever in Tokyo; so not only is it a great honor for us to be a part of their anniversary tour and have the chance to share the stage with them again, but it also brings back so many souvenirs and good memories… Saying that we’re excited would be a strong contender for the understatement of the year!! Now about the tour itself, you guys should expect a lot of new songs from our upcoming album ‘Infinite Regress’. Looking forward seeing you all on the road. Thanks!”

DEFILED previously unveiled the first new track taken from their forthcoming new masterpiece, ‘Infinite Regress’. The album is scheduled for release on January 24th, 2020 via Season of Mist. ‘Tragedy’ can be viewed HERE

The artwork of ‘Infinite Regress’, which has been created by Wes Benscoter, can be viewed together with the album details below.

DEFILED come yet again, barging in like some crusty Godzilla made out of the stuff polished tech death nightmares are made from. The revered Samurai of death metal crush through the spiral ganglion with a sound rawer than shark sushi that still bites.

This time it took the Japanese three years to deliver a follow-up to the critically acclaimed ‘Towards Inevitable Ruin’ (2016) which was not pretty, nor pretending to be. Instead, they reduced death metal to the bare bones and with this, showing its naked brutality.

‘In Crisis’ (2011), which came out eight years after ‘Divination’ (2003) shook the world awake to the band from the Land of the Rising Sun. DEFILED climbed to the top of Asia’s death metal scene with the release of their self-financed EP ‘Defeat of Sanity’ (1994) two years after their inception. Founded in Tokyo, they quickly combined the brutal and technical aspects of this mad metropolis into their own unique sound. Their first album ‘Erupted Wrath’ (1999) was mixed by genre legend Jim Morris in Tampa, Florida, who returned to work on sophomore opus ‘Ugliness Revealed’ (2001) as well as third full-length ‘Divination’. The Japanese opened for extreme metal legends such as CANNIBAL CORPSE, MORBID ANGEL and toured with INCANTATION and MAYHEM to name but a few.

DEFILED are back with a bang. ‘Infinite Regress’ is not for the faint of heart or intended for easy listening, but when giving the new monster some spins, the apparent fragments start to drift together once more– starting from a catchy fill, riff or grating grunt that morph into a strange hook relentlessly driving its spike into the brain.