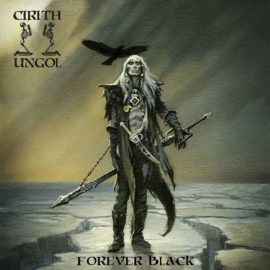 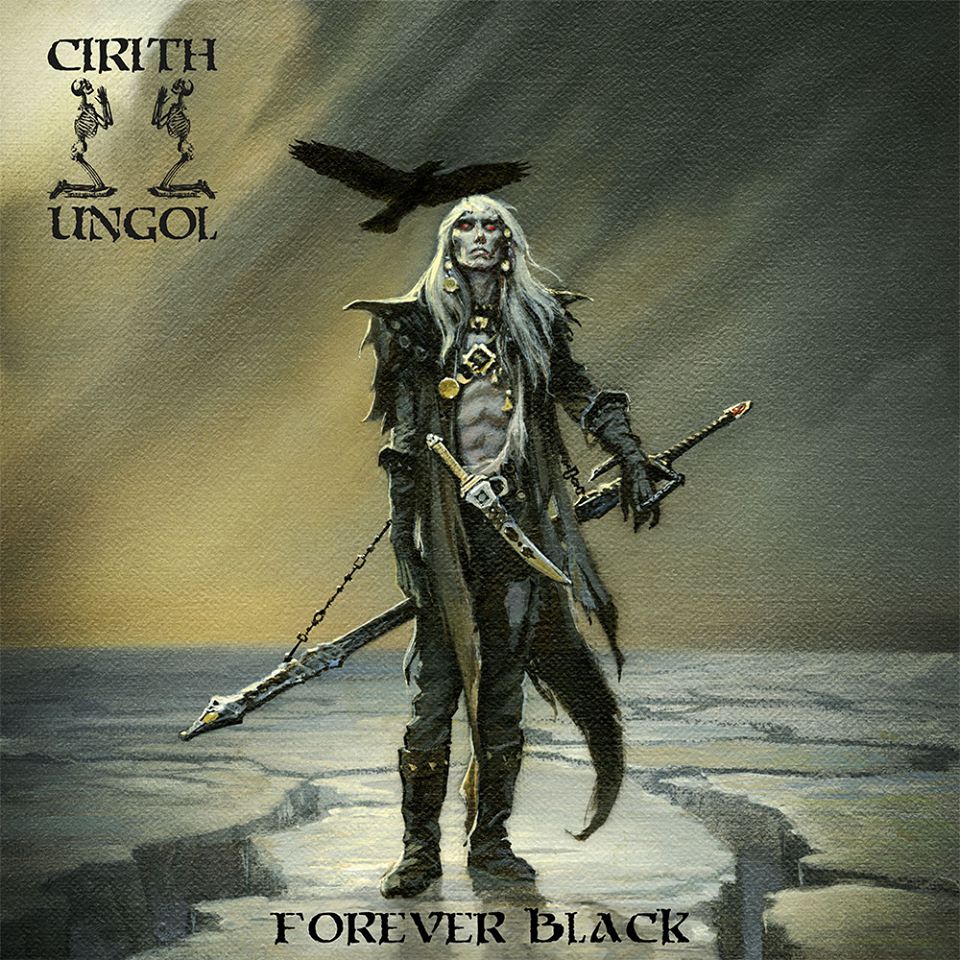 For a preview of Forever Black, the new single, “Before Tomorrow”, can be heard HERE

Cirith Ungol was formed in Ventura, California in the early 1970s, first appearing on the scene with their self-financed debut album, Frost and Fire, via their own Liquid Flame Records imprint in April 1981. It was obscure and arcane, mysterious and eccentric, epic and expansive, but most of all unfailingly, bone-crushingly heavy, dark and doom-filled.

Cirith Ungol went on to release two additional studio albums – King of the Dead and One Foot in Hell – now regarded as stone-cold classics. However, by the early 1990s, the musical climate was shifting away from traditional metal. The band was plagued with lineup instability and then came an unsatisfying studio experience during the recording of the 4th full-length album, Paradise Lost, that left them profoundly disappointed. Finally, after years of frustration took their toll, Cirith Ungol was laid to rest in May 1992.

As the years passed, the fervent clamor for Cirith Ungol’s return would not be silenced. Then, in late 2015, the sleeping giant awakened. The quartet of drummer Robert Garven, vocalist Tim Baker, and guitarists Greg Lindstrom and Jim Barraza began to knock the rust off and rediscover the magic. With Michael “Flint” Vujea unavailable to rejoin them on bass, Cirith Ungol recruited Night Demon bassist Jarvis Leatherby to fill that slot. As a seasoned musician, lifelong fan, and one of the driving forces to reanimate Cirith Ungol, Leatherby was the logical choice.

On October 8, 2016, Cirith Ungol officially returned to the stage by headlining the Frost and Fire II festival at the Majestic Ventura Theater, playing to a packed house of metal fans and friends who had converged in the band’s hometown of Ventura, California to witness the Kings of the Dead rise from the grave. In the ensuing years, Cirith Ungol have held fast to their objective to bring their music to as many fans around the world as possible, performing select high-profile festival gigs spanning North America, Europe and South America.

Now, as their resurrection enters its fifth year, the band proudly presents Forever Black: a classic Cirith Ungol album in every sense of the word. The trademark dark and foreboding riffs, pounding rhythms, and soul-searing vocal attack are instantly recognizable as the Kings of the Dead. Simply put, Forever Black is a testament to Cirith Ungol’s continuing vitality and enduring primacy in the classic metal pantheon, more than four decades after the band’s inception.