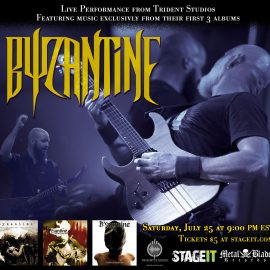 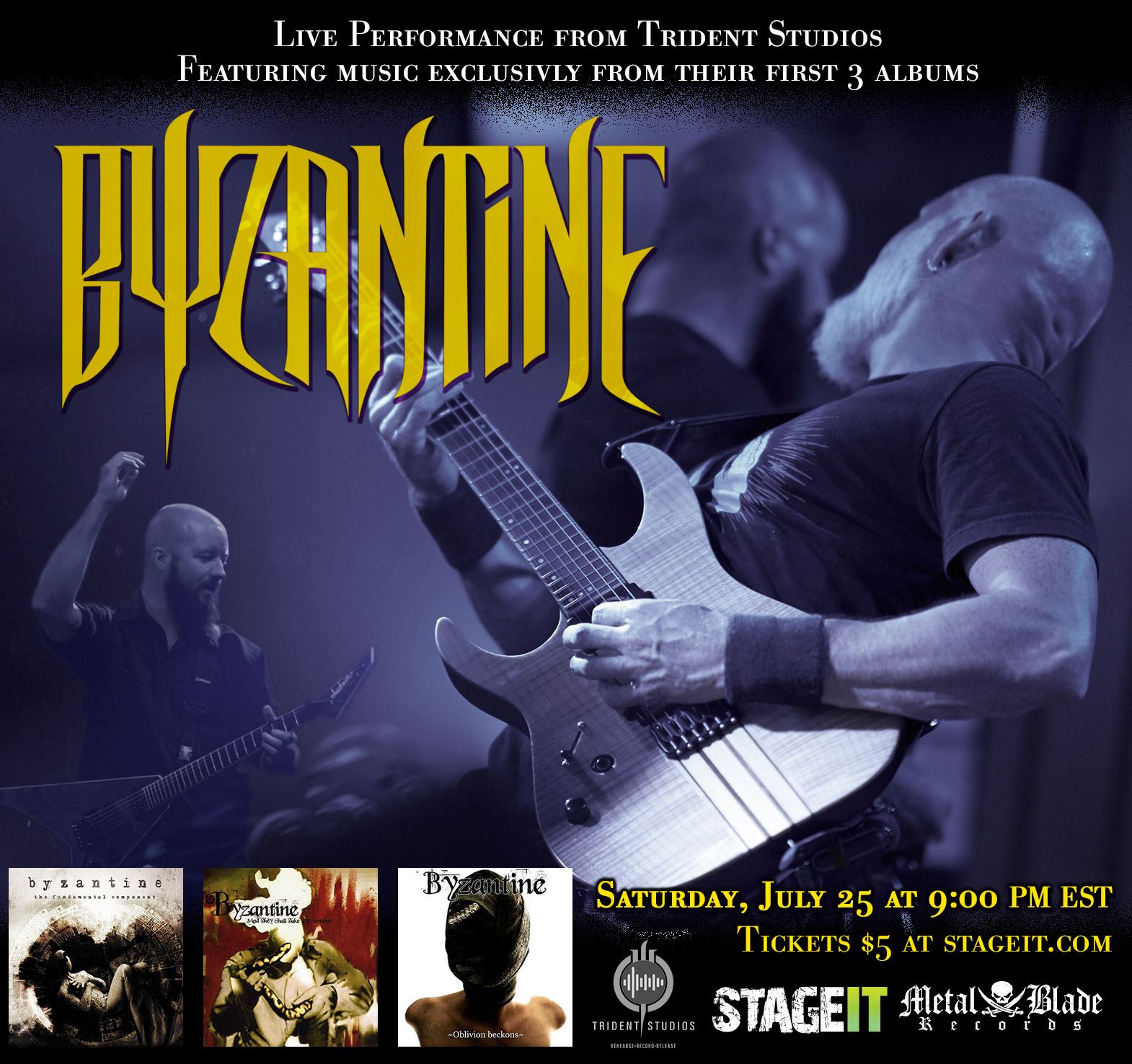 Watch the video of this one-of-a-kind collaboration HERE

Chris “OJ” Ojeda comments: “Chris (Kael) and I have discussed working on something over the past few years since we are old friends. When I mentioned a Metallica cover during this time of restriction, he jumped at the chance. He was able to bring Mike (Portnoy) on board pretty quickly and I pulled Doc (Coyle) and Phil (Demmel) in. I have been musically dormant since the release of ‘The Cicada Tree’, spending time raising my 3 kids and building Trident Music Facility, so it feels GREAT to track some guitars and vocals again. ‘The Shortest Straw’ is quite possibly a perfect Metallica song. I am a piece of driftwood in a sea of Gold performing this classic tune with these fantastic musicians! We hope you enjoy.”

Additionally, on July 25th at 6PM PT//9PM ET, Byzantine will livestream a special performance at Trident Music Facility, featuring music from their first three albums: The Fundamental Component (2004), …And They Shall Take Up Serpents (2005), Oblivion Beckons (2008).

Fans can purchase a $5 ticket to tune in HERE

Byzantine released their latest album, The Cicada Tree, to critical acclaim in 2017. To state that The Cicada Tree is “classic Byzantine” in no way implies that this is an album solely rooted in the band’s past. Certainly, all of the hallmarks that have made their sound so compelling for close to two decades are present and correct: muscular yet lithe riffs and fluid leads play against gripping, dynamic and at times unpredictable rhythms, while rich melodies and lyrics that are both involved and intelligent wind their way through every track. But, once more, the groove metal unit has continued their steady evolution – the interplay between their members organic and natural, imbuing the record’s sixty-two-minute running time with a freshness and urgency.

To stream and purchase The Cicada Tree, please visit HERE