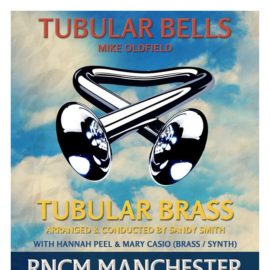 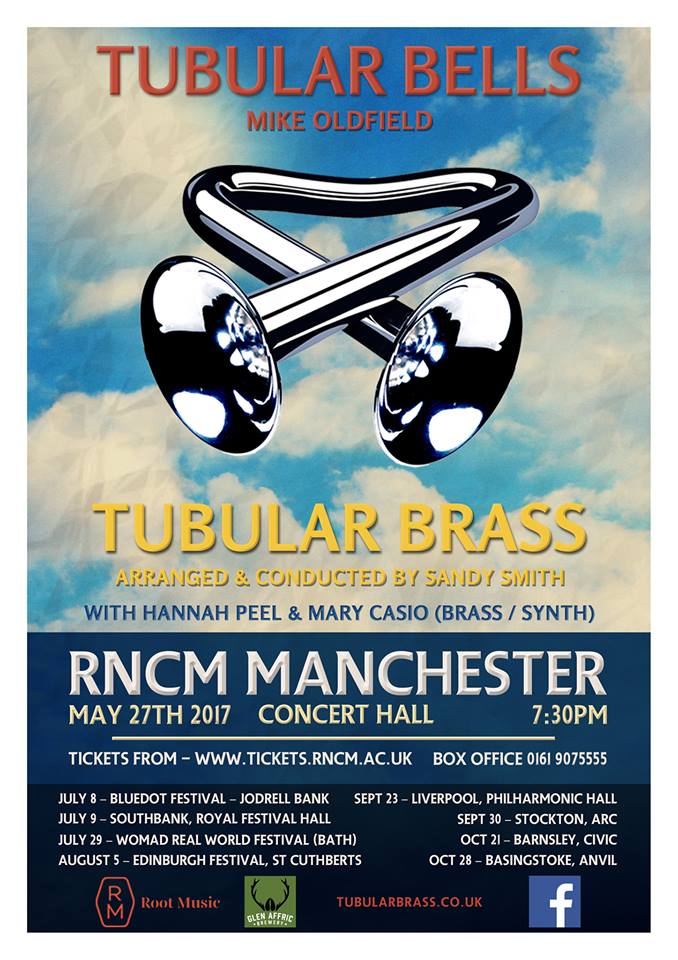 May 27th at the Concert Hall, Manchester, Mike Oldfield’s Tubular Bells will be played live and in its entirety by an amazing Brass Ensemble, “Tubular Brass”.

“Absolutely terrific, and the most satisfying live musical event I’ve attended in years.” (The Arts Desk)

It’ll launch on June 2 and will be preceded by a limited edition 7-inch vinyl via Static Caravan featuring two individual single edits of the Tubular Bells introduction theme.

Tubular Brass are a 28-piece ensemble and are drawn from both the brass band and orchestral fields, and are helmed by award-winning horn player, arranger and professor Sandy Smith.

Smith says: “There are, in the musical lives of all of us, certain special albums that we remember and listen to again and again with true fondness. These landmark recordings delineate with a startling clarity certain moments in our lives, bringing back full memories of who we were, where we were, and what we were doing.
For me, Mike Oldfield’s Tubular Bells was one such album. I can easily remember when it hit the charts, and I listened, utterly amazed, as it stayed there far longer than any instrumental album had any right doing.
It was an album which captured my imagination and remains a pillar of my musical explorations. As a brass player and arranger it has been a long-held ambition to re-cast the work in brass.”

He continues: “The re-working uses elements of the original version, the orchestral arrangement made by David Bedford and Oldfield’s 2003 re-recording – all re-imagined in a brass landscape.
It is pointless trying to re-create the sounds of the original. My thoughts were always to create a version which sounds as if it was conceived for the instruments now being used. The size and flexibility of the ensemble allows us to hear Tubular Bells in a new light.”