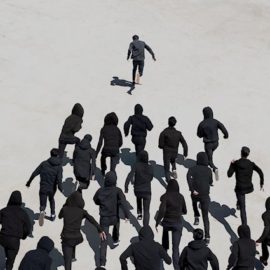 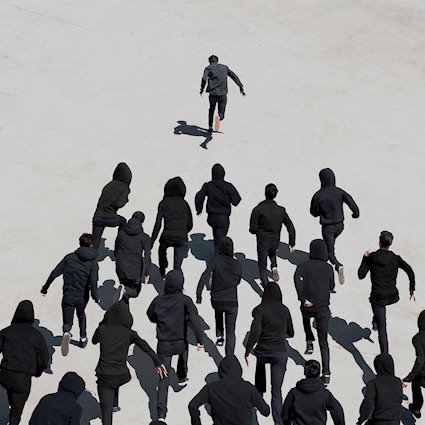 On October 4th 2019, Barcelona’s Syberia will release their third album, Seeds Of Change, via Blacklight Media/ Metal Blade Records. Syberia craft intricate and involving instrumental rock opuses, and they have never sounded more assured than on Seeds Of Change. Following in the footsteps of Caspian, Mogwai and Russian Circles, their instrumental works are complex yet instantly accessible, weighty, gorgeously melodic, and always deeply moving.

For a first preview of Seeds Of Change, you can watch a video teaser now, and HERE

Syberia comments: “This record speaks about someone who tries to escape from the mass, from the dark side of society. Someone who is struggling to maintain his individuality, perhaps to protect his imagination in this grey reality we live in. We imagined our hero as the last remaining seed for a change for the better in the world – somebody that will fight until his last breath to change the establishment in one way or the other. While there is one seed for the change out there, there is hope that something beautiful can still grow. This has been our soundtrack for the last year and we hope you like it as much as we enjoyed composing it.”

Syberia froze the sun with their cold wave of guitar twangs and iceberg weight drum beats.
It is said that the name of the coldest area in Russia comes from the Turkish words for “asleep land”. Anyhow, Syberia instrumental rock music gives off such a warmth and instrumental intensity that they attracted our attention from the very first minute. Dreamy passages and explosions of real magic. The foursome is formed by Oscar Linares (guitar), Kandro Ruiz (bass), Jordi CE (guitar) and Oscar Caselles (drums). The project started in 2009 and it could be interesting for fans of Mogwai, Isis, Russian Circles, If These Trees Could Talk, Godspeed You! Black Emperor, Pelican, Red Sparowes, etc….