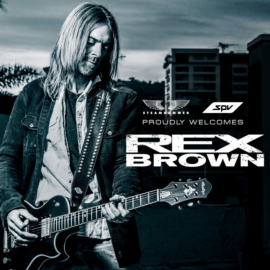 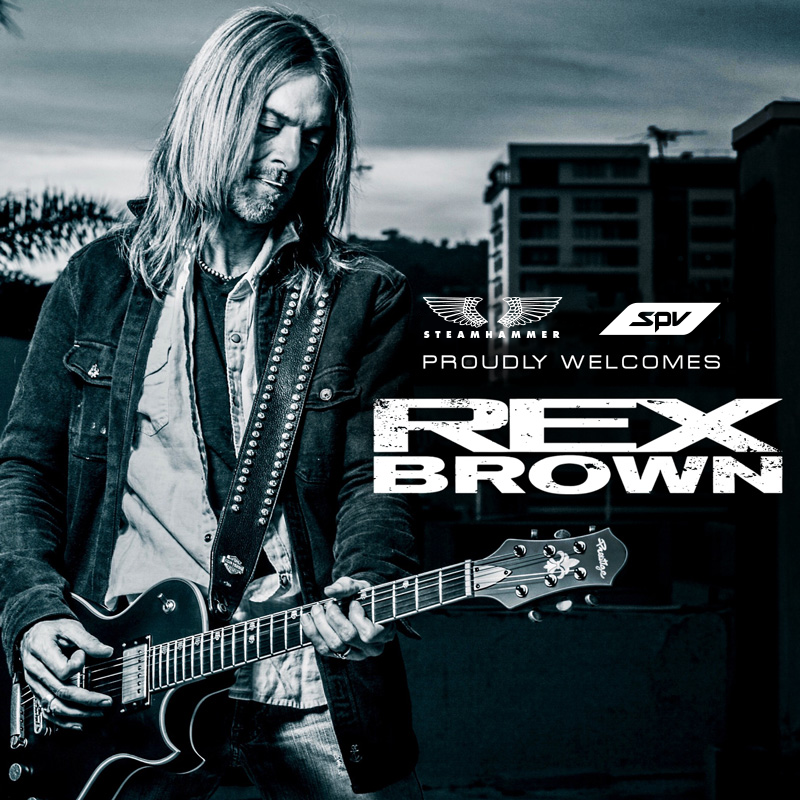 Multi-platinum selling artist REX BROWN is releasing an all new single titled “Crossing Lines”. The song is taken from his forthcoming, first ever, solo album ! REX BROWN will release the album “Smoke On This…” on July 28th 2017 via Steamhammer/SPV within Europe.
You can download and stream the new track here: Crossing Lines
or listen to it from YouTube, here : Crossing Lines

“My motto these days is ‘Shake some shit up’,” Brown declares about the new LP. “I’ve had my ups and downs, like anybody in this business. I wanted to feel like a true artist again, where I can write and record songs without worrying about any of the bullshit. We’re not going to necessarily cater to metal fans, but the guys who grew up with Pantera, a lot of them love all the same stuff that I grew up on, too. This is just something else I’m doing for fun, man. And musical Freedom. Fun has to come into it or I’m not going to do it. I’ve had a tremendous career and now I feel like I’m thirty years old again. This has given me that freedom I needed.”

“I’ve got so much more in me,” Brown enthuses. “I’m just getting my feet wet.”

The album will be available as a CD, Ltd. Edition Vinyl Version and Download !

Brown’s solo debut strips away any boundaries and preconceived notions, reveling in a newfound freedom to express all of the various shades of the man whose name is out front. The song “Fault Line” helped him find his voice. “That was the very first one I sang. After I got that one, I knew that I could do it, and Lance was my biggest motivator in finding that voice. Up until that point I just wasn’t sure.”

“From there, there’s the brilliantly straightforward “Lone Rider,” the monstrous In Through the Out Door vibe of “Crossing Lines,” the Pink Floyd reverence of “Best of Me.” “Get Yourself Alive” is something of an ode to “Strawberry Fields Forever,” but with a swift-kick of rock n’ roll. It’s rich in nuance, with Indian tandoori and layers of vocals. The extremely catchy “Grace” is “something you would never expect to hear off a Rex Brown record and that’s exactly why I did it. It’s just a really great song, period. Bottom line.”

“Lyrically, the songs are both personal and universally relatable. “Buried Alive” is a deeply moving and confessional song about the loss of Dimebag Darrell. “I drowned myself in cases of whiskey after he died. I was drowning in that black water and I had to find me, ya’ know? It’s one of those songs that really kind of just came out. ‘You’re on your own now, Jack. What’re you gonna do?’ The whole record is really cathartic.” Conversely, “What Comes Around Goes Around” could be about “your mailman, your neighbor, or your wife. It’s saying, ‘you made your bed, lay in it. I’m clean on my side of the street, how’s your’s going.”

Rex’s solo album is full of mojo and the force of character, determination, and nerve. He tracked lead vocals, rhythm guitars, and bass, working with his primary collaborator and old friend, Lance Harvill, a Nashville-based guitarist and songwriter, on the album’s songs. “Lance was & is, my main man on this. Everything we did was finely tuned, both musically & brotherly.”

Drums were tracked by Christopher Williams, himself no stranger to diverse tastes, from funk music to punk. His talent has been utilized by country music star Lee Greenwood, the reconstituted Blackfoot and most recently, power metal legends Accept. The album was produced by New Yorker turned Nashville transplant Caleb Sherman, a multi-instrumentalist with work on records by Little Big Town and Porter Block, among others. “Caleb produced the project from a musician’s standpoint,” adds Brown. “Not just a typical producer’s standpoint, which was something I definitely needed. Between Caleb and Lance, we were a force to be reckoned with. They really pulled out the best in me.”
Peter Keyes, known for his work with Lynyrd Skynyrd can also be heard on a few tracks. All bass tracking came from Rex himself as well.

Who is REX BROWN ?
To the industry, fellow musicians, and a legion of fans around the world, he’s the bassist for Pantera, one of the biggest hard rock and metal acts of the past few decades, alongside Nirvana and Metallica. They had Number One albums with minimal support from traditional commercial outlets and went platinum several times over. Pantera rode a groundswell of underground loyalty, earned through several years of blood, sweat, and road beers. Five major label albums, countless international tours, and a series of carnage-filled home videos cemented a legacy as large as their massive riffs and the band’s insatiable appetites for mayhem, authenticity, and brotherhood.