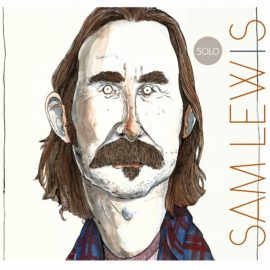 On September 20, 1973, Jim Croce crashed in a twin-engine plane somewhere in Louisiana between two tour dates. We hadn’t known a better country-folk storyteller since … anyway not for a very long time, that’s for sure. Two years later, having gone through the tough breakup of a relationship, Robert Allen Zimmerman produced a very personal album laying bare his deepest feelings… Such a blessing never happened again. Later (January 1, 1997 to be precise), Townes Van Zandt finally achieved his great project: leaving this inhospitable world. It was a loss of seismic amplitude to those who drank in all of his refrains, drinking nearly as much as him, who could drink bourbon by the gallon. After so many epiphanies, we thought we could remain as blasé as inconsolable, and ready to be put away on a shelf with all the other cantankerous grumps by those who had not lived such experiences. Except that History is a bitch, and that after leaving us in limbo for decades, it suddenly hits you in the face. A word of advice: beware of the guys who record live in a studio, “armed” with just a microphone and an acoustic guitar. The last one to hit us this way was John Hammond Jr, and it happened to be his best album (and had the same title as this one). Facing, by the sound of the applause, around 27 people in the studio, the so-called Sam Lewis demonstrates that he is the rightful heir to the aforementioned artists. Having said that, he remains a really original singer-songwriter, nothing to do with any common copycat. His “Southern Greek Tragedy” (worthy of “Blood On The Tracks”), “Bluesday Night”, “In My Dreams” and “Things Will Never Be The Same” will haunt you for a very long time, as his “I’m A River”, “Neighbors”, “Runaway Bride”, “Waiting On You” and “Never Again” will make you think that the great Townes has come back dragging his cowboy boots for his usual tipple. There are many great writers unable to cut it when in front of a microphone, and many great performers who cannot put two sentences together which can even slightly rhyme. Sam Lewis applies his voice and his swift picking (reminiscent of Mississippi John Hurt) to playlets worthy of John Steinbeck. A talent as rare as it is important, to the point where the succession of a John Prine seems to be assured.