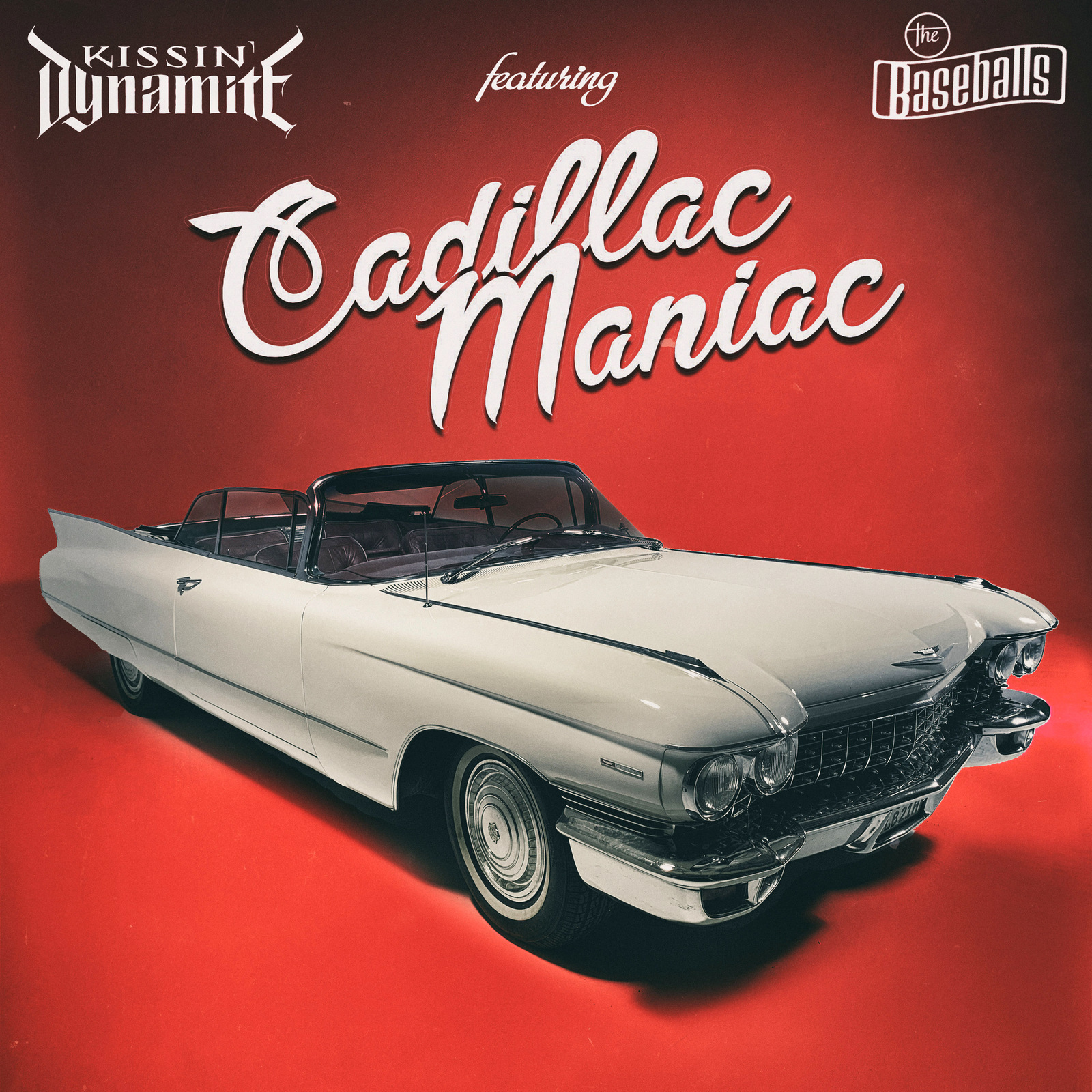 Hard Rock and Fifties Rock’n’Roll in ONE Song? Can this even work? Of course it can! With their collaboration song, “Cadillac Maniac”, Kissin’ Dynamite and The Baseballs deliver the stunning proof that even in 2019 it’s possible to create a bold and surprising musical fusion that manages to impress with its sheer refreshing otherness.

But how did the spectacular “Cadillac Maniac” collaboration come about? Both bands originate from roughly the same corner in southern Germany and so it was only a matter of time before the musicians came across each other. “It started out as a project mixing our sound. The result is a high-energy earworm that does not leave the ear canal so quickly”, explains Kissin’ Dynamite singer Hannes Braun.

In their respective genres, both formations have long been among the big, established players:
The Baseballs sold nearly two million albums over the past decade, winning 21 gold and platinum awards and playing over 500 live shows in 26 countries with more than three million enthusiastic spectators.
For more than ten years, Kissin’ Dynamite have been one of Germany’s most important hard rock bands, and undertook sold-out concert tours around the world (including Europe, Japan and Ukraine). Last year, the band signed a major deal with Sony Music label Columbia Records and reached the top ten of the Official German Charts for the first time with their sixth album Esctasy. At the Metal Hammer Awards 2018, Kissin’ Dynamite were honored in the category “Best German Band”.

Kissin’ Dynamite’s “Europe In Ecstasy Tour Part II” starts in Paris on October 17th. See below for all dates.