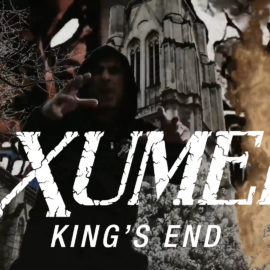 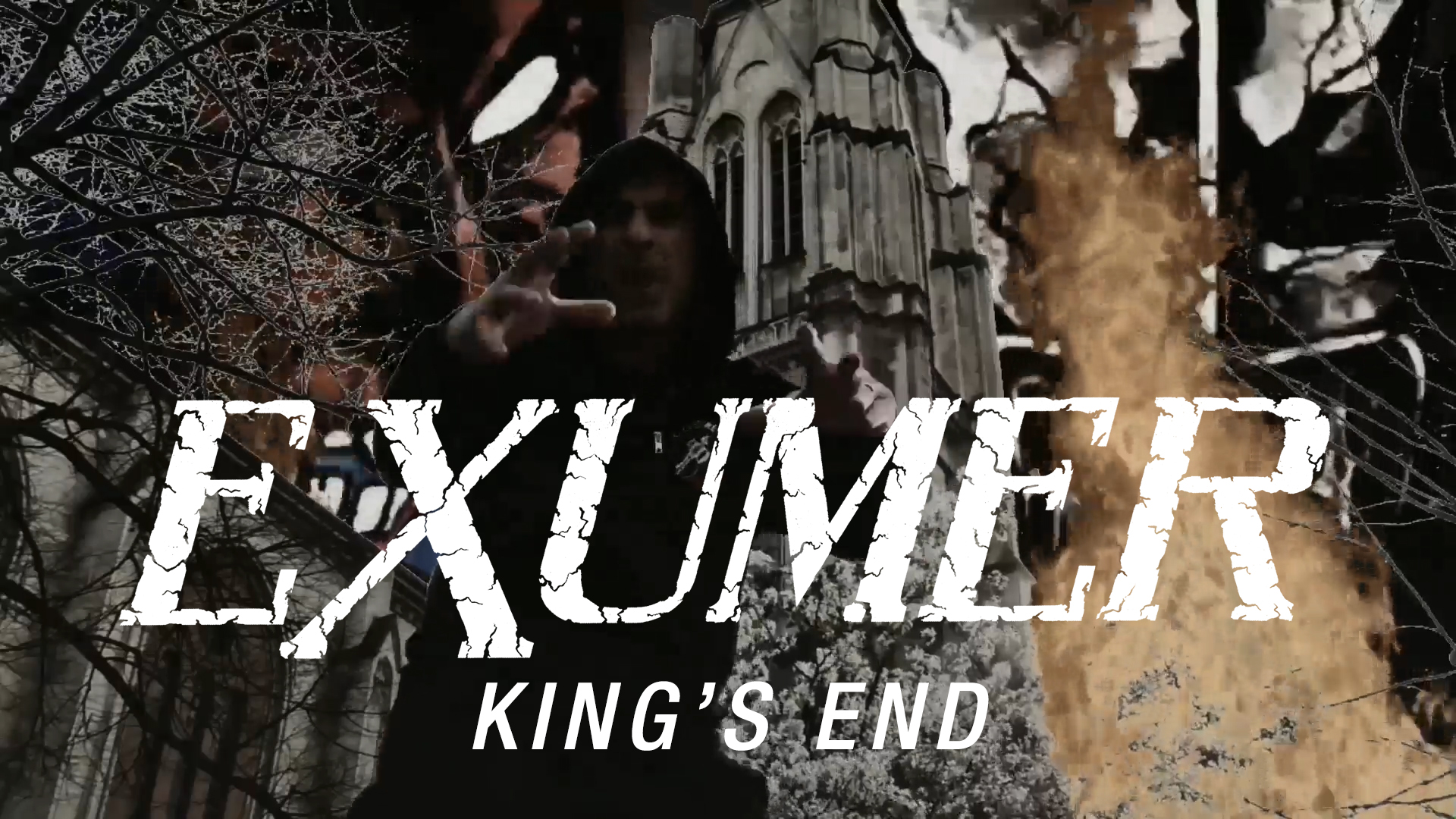 Exumer have now launched a video for their latest hit single, “King’s End”!  Please check it out HERE

The idea behind Exumer’s new video clip “King’s End” is to visually pay homage to the look and visual aesthetics of the MTV/Headbanger’s Ball era clips from the late 80s and early 90s. Especially when CGI became available as a tool to add effects that were otherwise financially impossible to obtain. The clip was entirely shot, edited and directed by Goreminister in Essen (Turock Club)/Germany during Exumer’s last European dates.

Exumer singer Mem V. Stein: “We were approached by our buddy Goreminister, who has his own You Tube channel and is a pretty known character in the Metal scene in and around Essen, if we would be interested in a new video that resembles old Headbanger’s Ball clips. We instantly were on board with the concept and are now excited to launch something that uniquely resembles the early 90s over the top videos we devoured back when Metal was still on Television.”

Hostile Defiance is exactly what its title suggests. A 42-minute full on attack, the thrash faction hold nothing back as they unleash hell as only they can, yet with more variety and dynamics than ever before. “We wanted to sonically progress, incorporating more melodic elements in the music as well as more rhythmic variety,” states vocalist Mem Von Stein. “We are a lot braver trying to create an up to date and relevant sound that can easily stand alone in today’s thrash landscape without sounding trite or a throwback, and we’re challenging the listener not to get too comfortable with one specific feel, tempo or pace.”

Check more music and videos from Hostile Defiance HERE, where you can also purchase the album!