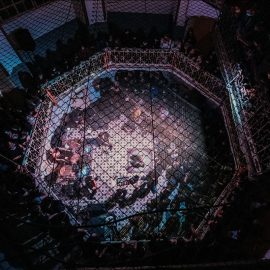 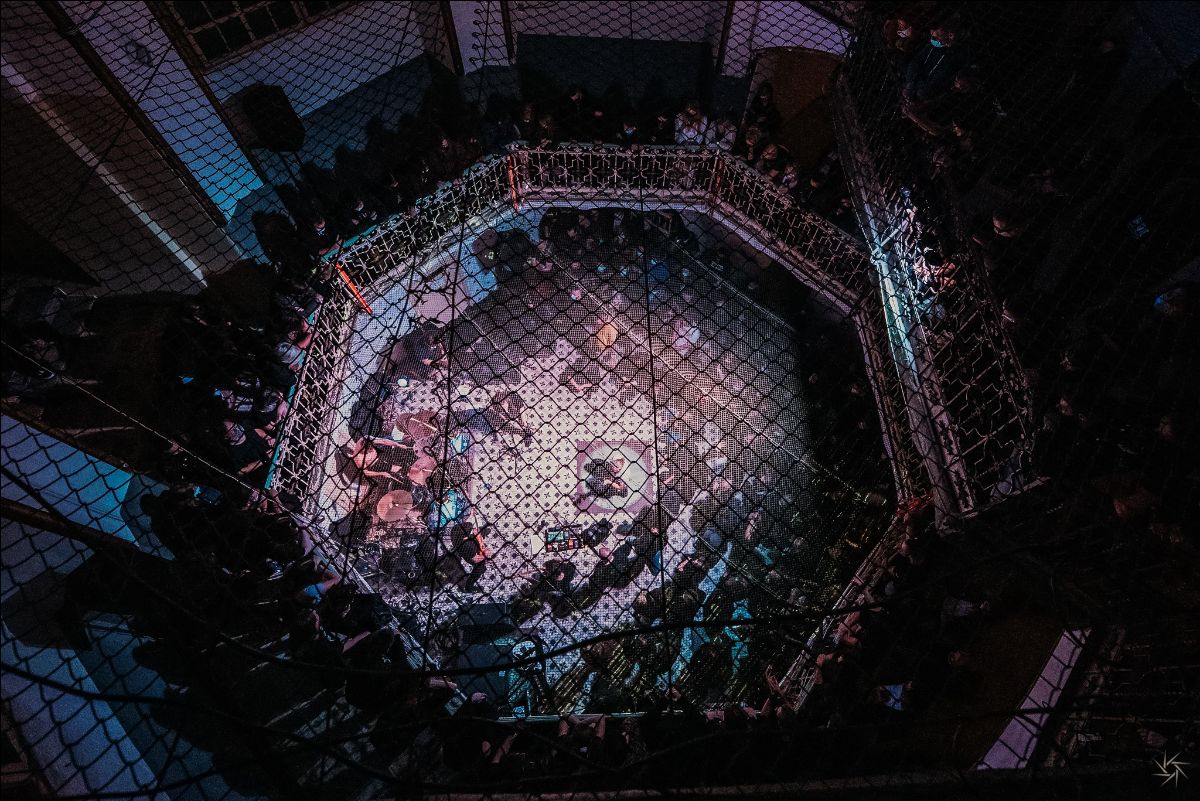 PARIS-MOVE, February 21st 2021 – ERDVE are proud to announce the live stream of a very special live performance at Lukiškės Prison in Vilnius, Lithuania, an event which took place in September 2020.

ERDVE comment on the stream: “Our goal was to enhance the eerie atmosphere of the prison architecture with our musical performance, yet you could still feel the smell and the surrounding energy from the recent prison life. We are happy to be able to share this documented footage shot by NO BRAKE productions, providing an intimate look from multiple points of view. Having such an event during a calmer period of the pandemic was a challenge that could’ve left us with nothing, but we have managed to do this before any harsh restrictions were reinstated. Since this show had a very limited capacity due to the Covid regulations, we made sure to capture this experience in a professional manner and provide an opportunity to those who didn’t have a chance to attend the event or would like to revisit it at home.”

About the event: “This show is probably the last chance for anyone to see the inside of the prison and how it looked like since it was built in 1905. Lukiškės Prison is inactive since 2019 and is now closed for renovation. The stage is set up in a round 4-level hall which is a main part of a 1st prison block that used to serve as a death row for prisoners a while ago. After the death penalty became prohibited in 1998, the 1st prison block was only for prisoners serving a life-sentence right until 2019 relocation of inmates to another prison.”

ERDVE’s are playing in support of their debut album ‘Vaitojimas’, which is streaming in full HERE

ERDVE will be releasing a brand new album in the Summer of 2021.
More info about the new offering will soon be available.

Heavy insanity drips atmospherically out of every crack and crevice of ‘Vaitojimas’, which translates as “gibberish moaning”. The album revolves around a concept of an emotional void filled without any moral barriers to self-satisfy the inner degenerate ranging from the ordinary to the criminally insane. This idea is turned into melodies, rhythm, and sound by ERDVE.

When ERDVE formed in the Lithuanian capital Vilnius in 2016, the band had a clear aesthetic vision of creating a unique heavy sound that experimented with elements from hardcore, sludge, and black metal – yet was not bound by any unwritten “rules” surrounding those genres.

ERDVE’s members had already been active in their local scene and performed in various acts such as NYKSTA, SRAIGĖS EFEKTAS, and SPIRALE. A self-made tape version of their debut made its rounds in underground circles and the Lithuanians received the rare honour of being picked straight out of the dreaded demo pile by virtue of their musical strength and compelling quality.

The core ideas behind ERDVE are translated into lyrics, visuals, and sound by in-depth reflection on concepts such as domestic violence, utmost disgusting behaviour, crimes against humanity, and extremism.

With ‘Vaitojimas’, ERDVE are planting a fresh Baltic landmark, a largely unexplored region, into the international metal scene so far. Begin your journey into the new Lithuanian darkness!