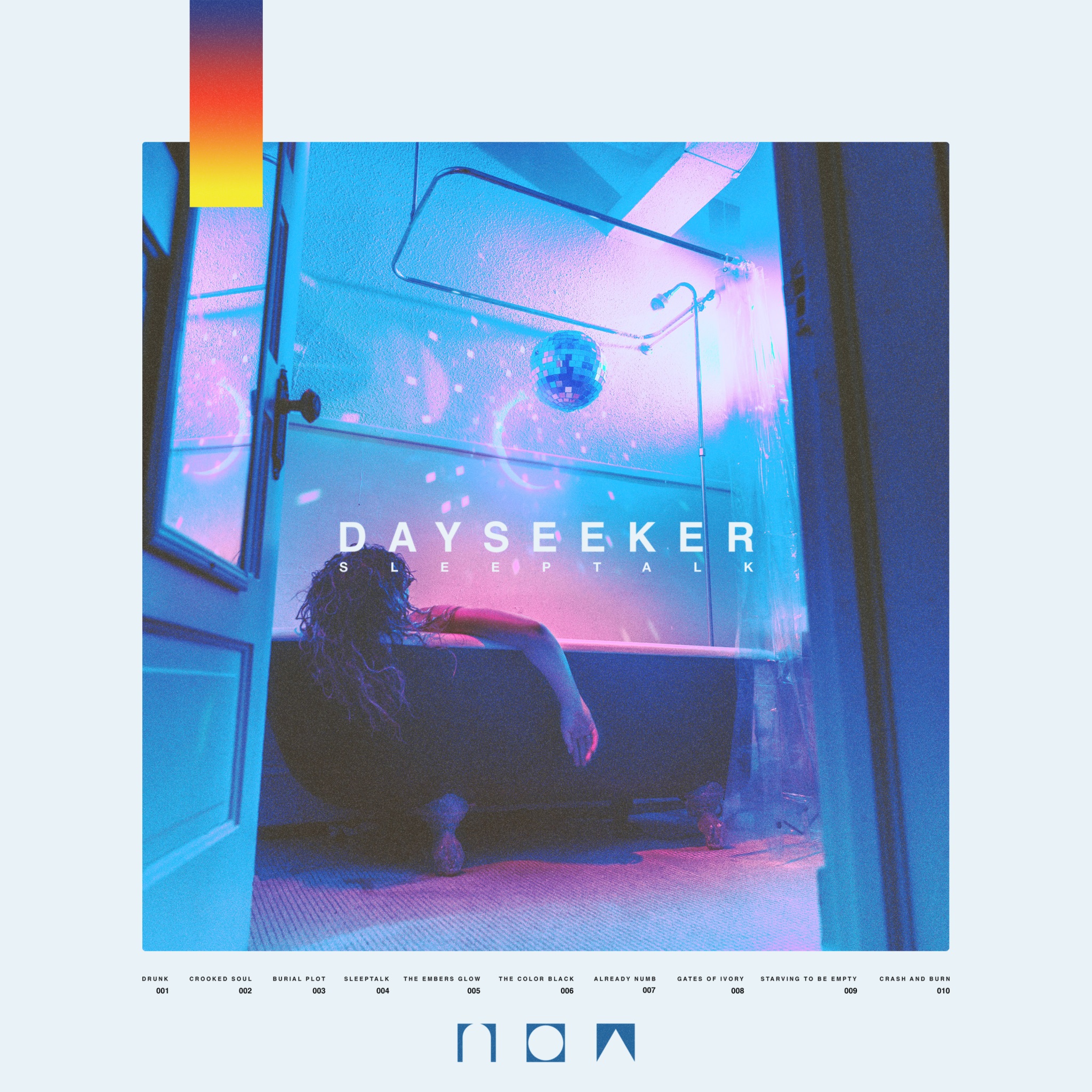 PARIS-MOVE, August 3rd 2019 – DAYSEEKER News: a new video for the song “Sleeptalk”, and confirmation that the new album “Sleeptalk” will be released september 27th 2019.

Link to order or listen to Sleeptalk: HERE

“Sleeptalk, as a single and album, is our proudest work to date,” said singer Rory Rodriguez. “We’ve never felt more confident in our music than this very moment. The music video explores a toxic relationship with a couple who have separated but continue seeing one another after the fact. The underlying message is how we sometimes would rather live in misery than separate from someone we love so dearly.”

After several years of hard-nosed touring throughout North America and Europe —including impressive showings on the final cross-country Vans Warped Tour— Southern California’s Dayseeker hunkered down at home and establish their new sound in familiar territory. Entering the studio with budding producer and close personal friend, Daniel Braunstein, the band embraced a uniquely Los Angeles sound — showcasing decades of influence all wrapped within the band’s core identity. From opening track to closing note, it’s clear that the band has discarded what may have been expected and instead chosen to embrace something most artists struggle to ever find: themselves.

New album is out September 27th 2019 via Spinefarm Records.