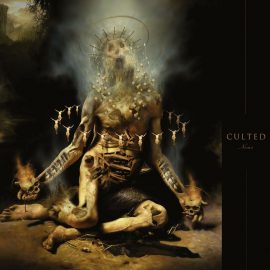 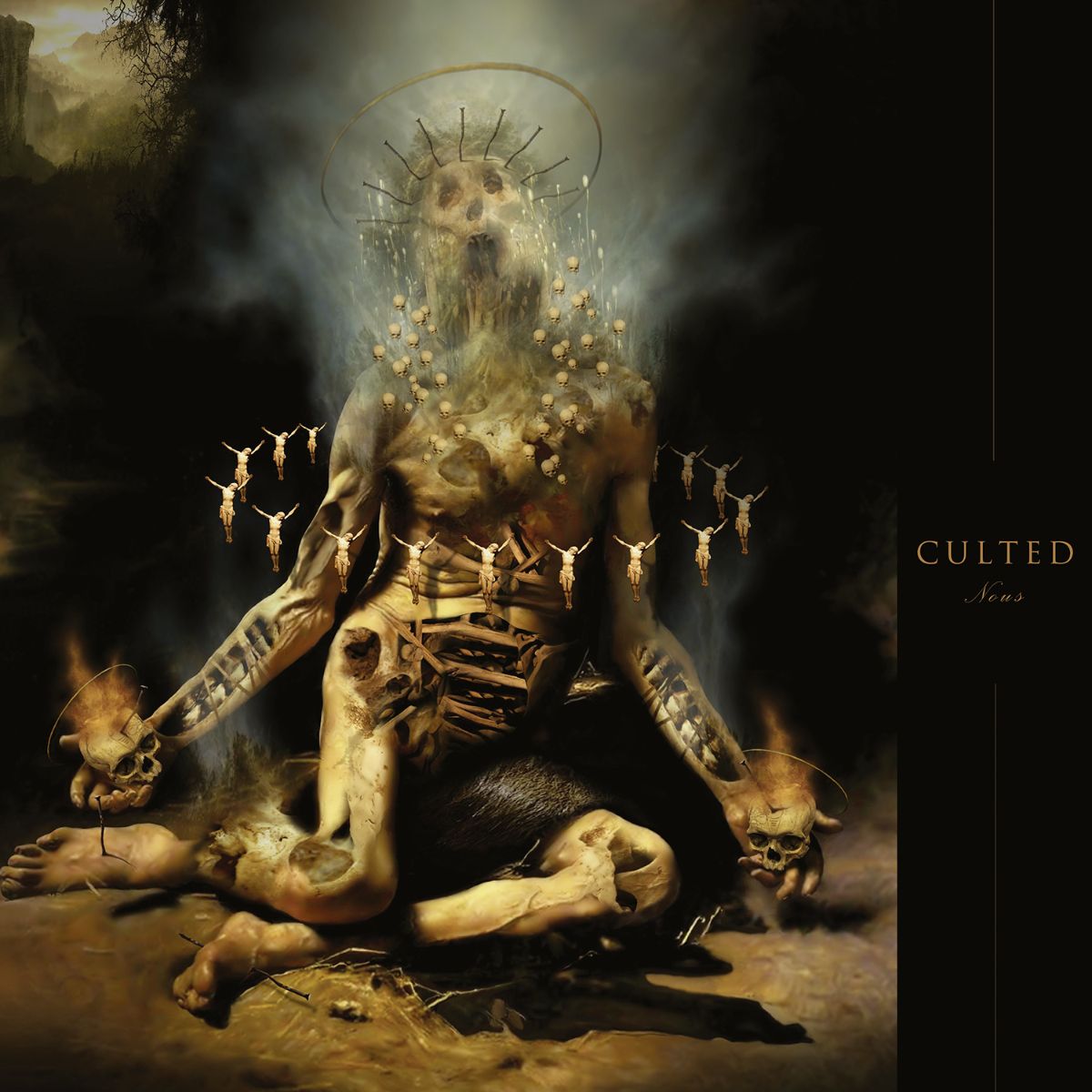 PARIS-MOVE, January 8th 2021 – Blackened Industrial doom machine CULTED are now streaming the second track of their new full-length album ‘Nous’. The new offering will be released on February 26, 2021 and the song ‘Black Bird’ can now be viewed in the form of a music video HERE:

The band comments on the video: “‘Black Bird’ is about enduring the hardships of existence with a core that’s been forged by fire,” says the band. “Culted sift through the psychological noise of existentialism with a sound that hints at merging the primal essence of two iconic albums, namely, Darkthrone’s ‘Panzerfaust’ and SWANS’ ‘The Great Annihilator.’ Culted, as both individuals and collective, symbolically sacrifice the ego to experience rebirth, and from those ashes arise with ‘Black Bird’.”

From the icy expanse of the Canadian prairies to the Nordic coast of Sweden, industrial blackened doom collective CULTED have long been innovators of creating music remotely, transcending both literal and metaphorical boundaries for over a decade. Michael Klassen and Matthew Friesen were first approached by Daniel Jansson to collaborate on an international project and come 2008, these ideas began to coalesce, with fellow Canadian Kevin Stevenson joining the cult. The band soon recorded and unveiled their first LP, Below the Thunders of the Upper Deep (2009), as well as the EP Of Death and Ritual (2010.)

In 2013, sophomore full-length Oblique to All Paths was released upon being written, recorded, and produced in various closets, basements, dens, and domiciles. After forming a union with Season of Mist, CULTED continued their down-tempo exploration of blackened and industrial soundscapes with 2019’s mini-album, Vespertina Synaxis; A Prayer for Union and Emptiness, which was inspired by the isolation, alienation, and damnation that dominates the rime-encrusted lands CULTED inhabit. Now, the band is ready to unleash their most devastating and personal opus yet, Nous.

Nous was born in turmoil after members of the band endured a period of extreme personal experiences, both psychological and physical. The creation process was informed by disease, death, and the resulting existential crises. Instead of predetermining the direction CULTED would take with their third full-length, the band allowed the music to speak for itself as it came together organically. Nous was a result of its creators attempting to destroy or ignore the egoic (that chatter and everything outside of pure consciousness that attempts to sabotage you of peace and rob you of the moment) and instead, opening themselves up to the unidentifiable and nameless muse of sound.

CULTED further explores their relationship with doom, black metal, and industrial on yet another experimental effort in which the band’s collective agony is translated into something both nihilistic and tangible through dissonant soundscapes. Each song is a nightmare in the abyss, dragging the listener through caverns of inexplicable darkness and suffering.

Exemplifying the themes, meditations, and diatribes of the human condition, Nous, which roughly translates to “common sense” or “practical intelligence,” explores both the religious and conspiratorial processes of the mind within the framework of critical thought. According to biblical scripture, Satan convinced Eve that the most powerful of conspirators – the Father, Son, and Holy Spirit – were secretly trying to keep the first humans shrouded in a veil of ignorance, preventing them from becoming “like God” and “knowing good and evil.” Eve became the first in a long line, from Gnostics to flat-earthers, to believe powerful forces were withholding secret information. Nous attempts to know God or the inner essence or principles of created things by means of direct perception. Nous must be carefully distinguished from reason as it does not formulate abstract concepts or argue them using deductive reasoning, but rather, it understands divine truth by means of immediate experience. Thelema of the gods.

To further solidify these introspective concepts, the cover art is an interpretation of the Temptation of St. Anthony who was one of the first monks to retire to the desert to devote himself to fasting and prayer, which is an often-repeated subject in the history of art and literature, especially concerning the supernatural temptation reportedly faced by Saint Anthony during his sojourn in the Egyptian desert. The art encapsulates both the music and lyrical concept, visually.

CULTED is now inviting you to open your mind, abandon your religion, and to join the cult on this existential and devastating journey.