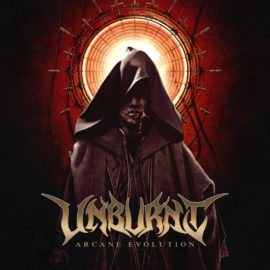 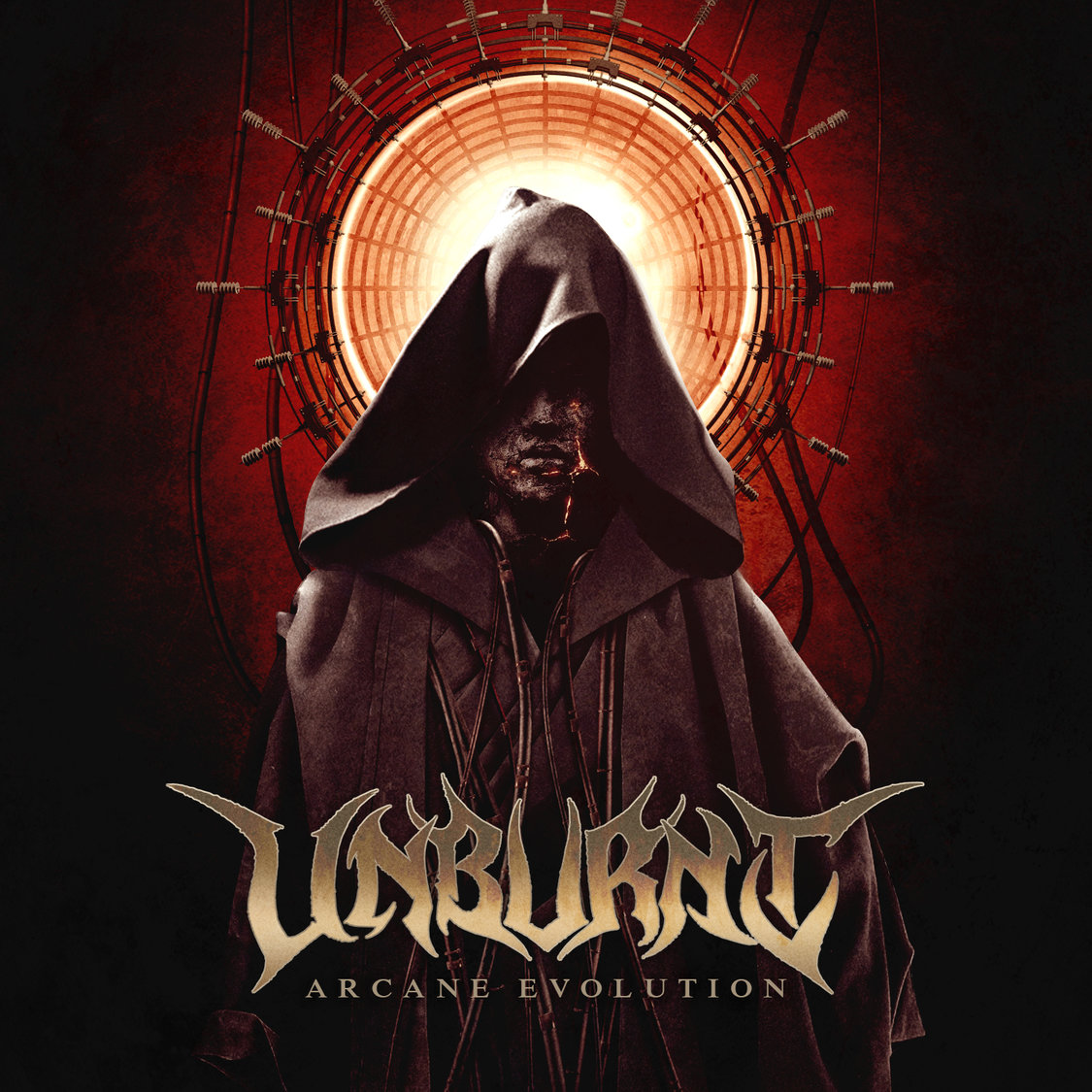 Canadian blackened death metal project Unburnt is proud to announce the upcoming August 16th release of their four-song EP, Arcane Evolution. It is the follow up to the group’s 2016 debut single, “Harnessing Black Flame”.

The ominous cover art for Arcane Evolution was handled by renowned visual artist Mikio Murakami from Silent Q Design who has worked for acts such as Starkweather, Blood of Christ, Samskaras, Derelict, and Fractal Cypher. Drummer Joe Mullen handled the production duties on Arcane Evolution himself, with the exception of the vocals that were recorded with producer Jordan Perry, Eric Burnet’s fellow ex-Derelict band member.

Unlike many new bands struggling to find their sound early on, Death Metal Project Unburnt consists of seasoned metal musicians spread throughout various parts of Canada desiring to create something new outside of what their individual projects play. Consisting of versatile vocalist Eric Burnt of Samskaras and ex-Derelict fame, guitarist Bo Louther and drummer Joe Mullen of the long-running Ontario-based melodic death outfit Odium, and rounded out by their newest member, bassist John-Ryan Godfrey of We Are Human.

“John was our first choice for a bass player,” comments Burnet. “All four of us have been friends for many years due to touring together with our other bands and it’s just so great to be able to bring in another brother from that family. When you spend a serious chunk of your life creating and performing music, a big part of the payoff is the people you meet and the bonds you form. Although the band’s name comes from our first single, it also feels like we’re four of the “Death Metal Project unburnt” ones, a few of the people who survived the grind that the metal scene puts musicians through. We somehow retained our drive to make this music.”

Death Metal Project Unburnt – Arcane Evolution is a scorching and eclectic slab of death metal with a bit of something for everyone between black metal influenced elements, heavy neck-snapping modern death metal underpinnings, infectious melodies, and driven by a perfect balance between driving riffs and spidery lead work. Inspired by bands such as The Black Dahlia Murder, Veil of Maya, Dimmu Borgir, and Whitechapel, Unburnt covers a wide range of sounds fused together in a memorable fashion all their own. Keep an eye out for the first single to be released next week.

Death Metal Project Unburnt comments on the release of Arcane Evolution
“This EP combines themes of knowledge, technological change, and spirituality. It asks how these things intertwine and evolve through human society, as well as ponders what kind of future we’re headed towards at this rapid pace. The music itself goes to the heart of what we set out to create with Unburnt: punishing rhythms, melodic textures, and brutal vocals. If you enjoy death and black metal, this is sure to be up your alley.”

Stay tuned for more Unburnt news, early singles, pre-orders, and promos for reviewers to be sent out in the coming weeks!