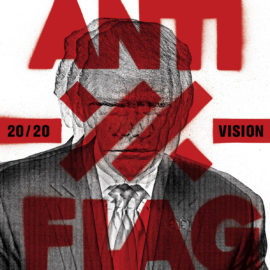 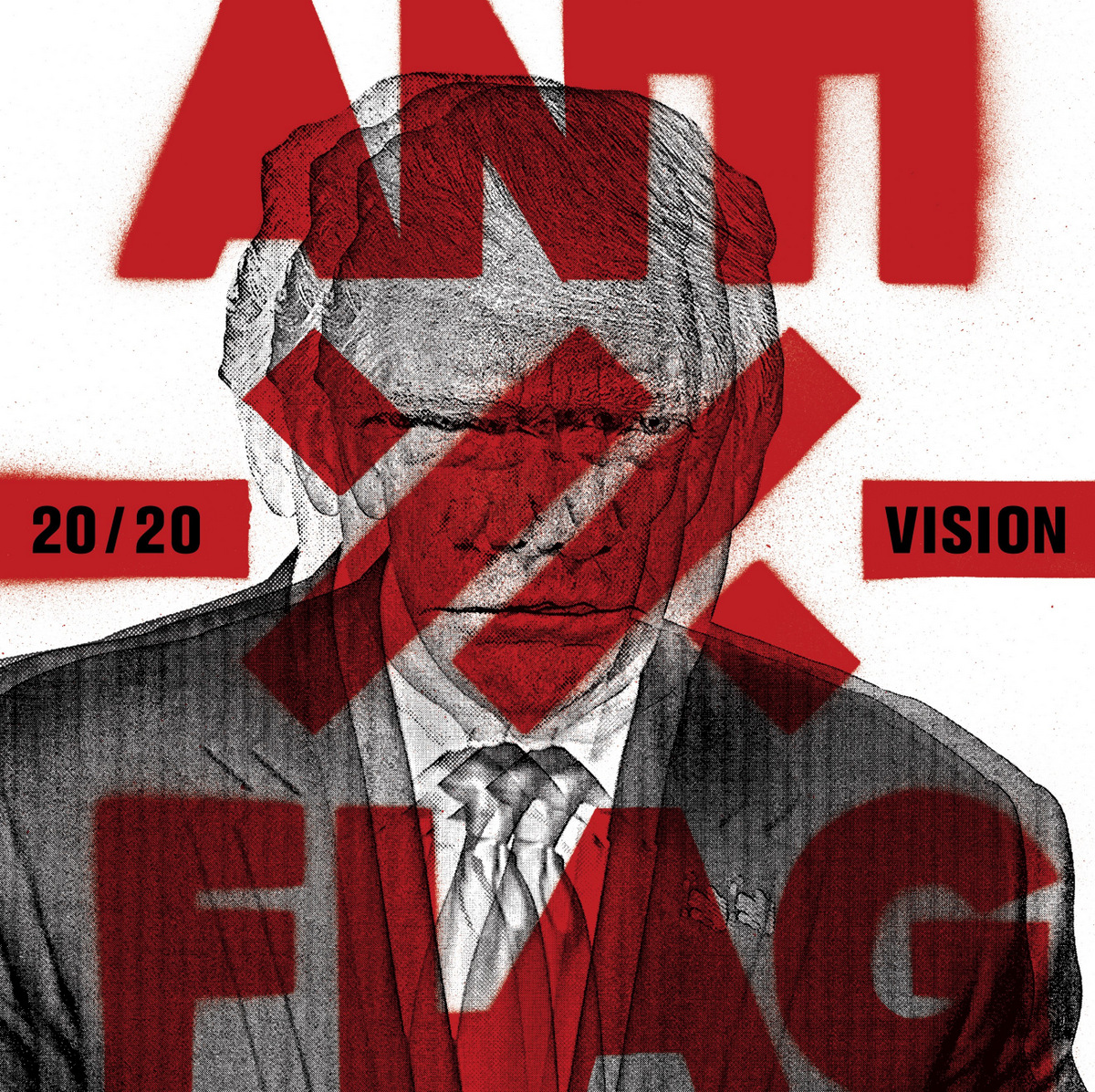 Anti-Flag is a political punk band, which is obvious from their name alone. But over the course of 12 albums across more than 25 years together, they’ve rarely set their sights on singular individuals in songs. Unlike their punk predecessors in the 80’s, who made targets of Reagan and his cronies, Anti-Flag has always opted not to date their work with current references, instead focusing on fighting ongoing oppression and dismantling deeply rooted systems of injustice. But on their new album, 20/20 Vision, the band is drawing a big, fat line in the sand.

“We have actively chosen to not attack Presidents directly, either with album art or songs about certain times in history, because we recognize that the issues we’re dealing with are cyclical,” says bassist Chris #2. “But this record in particular, we kind of said, well fuck that, we need to be on the record in opposition to the policies of Donald Trump and Mike Pence.”

“This record is a warning to people holding neofascist ideas or people who are enabling these types of positions, whether you’re outright racist or you’re enabling racism or sexism or homophobia or transphobia,” adds guitarist Justin Sane. “You need to make a choice at this point. What we’ve seen with this White House is that there’s no grey area anymore.

Produced by From First to Last’s Matt Good, 20/20 Vision(Spinefarm Records, January 17, 2020) kicks off with a soundbite of Donald Trump speaking at a rally. And while just about anything the man has said over the last few years would make for a fitting sample on a punk record, Anti-Flag were deliberate in their choice. “In the good old days, this doesn’t happen, because they used to treat them very, very rough,” Trump is heard saying over the opening track, “Hate Conquers All” … “And when they protested once, they would not do it again so easily.”

And while the news cycle moves faster than ever before, 20/20 Vision aims to take a step back and stare down the most pressing problems of our time: kids in cages, the fentanyl crisis, rolling back EPA restrictions. It’s a record that at once feels both timely and forward thinking. 20/20 Vision is a work that Anti-Flag hopes will serve as an immediate form of communication with those who are politically engaged as well as a document of our modern times for a future generation.

As #2 puts it: “We hope that when someone trips over this record in the sand of the post apocalypse, they’ll know that there were people who once stood in opposition to all of this.”